Spring is Springing up this week

The start of the spring season is this week. That means opening day is right around the corner, 19 days to be exact. Who is going this year? Who is going to meet up before hand to get bombed? Let me know. The more the merrier.

This is what I learned this weekend:
1. Apparently the way I write is too vanilla?
2. Chrissy encourages his daughter to be whatever she wants, this week she is a cat: 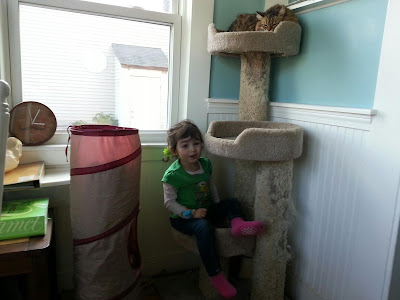 3. If you see Allison Macphail this week, make sure you buy her some birthday beers/shots. She has been celebrating since Friday night.
4. Loudon race track went smoke free! REDNECKS ARE PISSED.
5. Phelpsy will not be attending the Mustache Pub Crawl this year.
6. Trying to sell a 10 game pack of Bruins for next season is not going as easy as I thought it would, Even Jay Pandolfos family doesn't want in.
7. See what happens when Chrissy watches someone elses child: 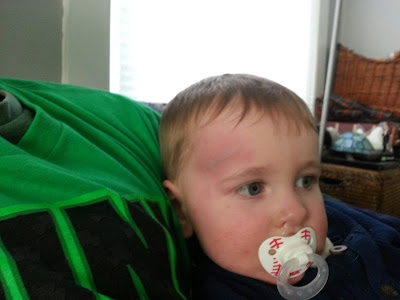 (no way could he ever be Uncle of the year)
8. Hong Kong Dave is like the UN of tattoos. He likes each and every style out there. 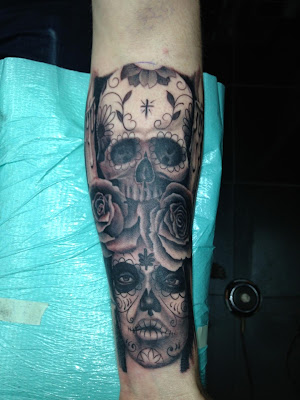 9. Chrissy likes a little corned beef and cabbage when he eats his mustard. I mean seriously the kid had a plate of mustard!
10.The one things love more than candy, is FREE candy.
11. If you are going to a Bruins game, why on earth are you not high fiving and standing up after each goal?
12. Honey Boo Boo is getting BIG! 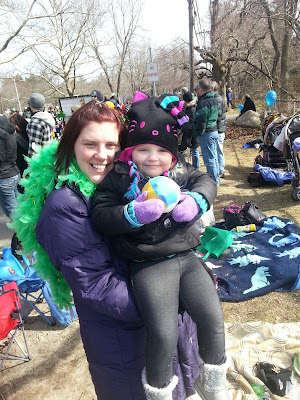 13. Chiefdude is huge into the UFC now!
14. Mikey T is still mad that we never made, El Guapo crashing through the green monster as the Kool-aid man shirts but this Teach me How to Dougie shirts may make him flip his lid(he's been preaching bout these shirts since he was drafted): 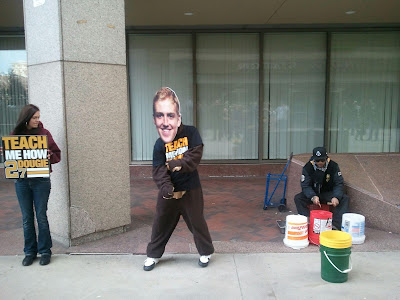 15. Chrissy has sworn off all fast food but Wendys.
16.Mario, Big Bob and all of Sunshine Landscaping finally bought a new truck. Business must be booming.
17. I tried watching the show Vikings and its not all that good.
18. How come no one runs March Madness pools anymore?
19. Rio and Smiddy are BFF's again. They were seen pal-ling around Southie yesterday for the parade.
20. Work has blocked my blog again. WTF!

Chrissy has tickets to see Sully Erna at Mohegan Sun on Sunday if anyone is interested.

Is that the dude from KISS on your arm? That's not real right? Go gene simmons or go home!!!!

Drunk from the barstool said...

Where has Riccio been? Hiding in Noras snatch?

I have been in Texas for my job. I mean I was in Nora's snatch it is a big as Texas and I found out where she gets all the hair for the stache each year for the pub crawl.