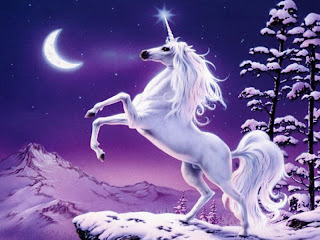 Tmx is a fantasy reporting agency committed to truth in reporting with a loose association with folan.com the 7th ranked website on the www's. This week in Tmx we saw the first trade and its impact. White Unicorn formerly know as MungoIBTD traded Andy Dalton and Jamal Charles to Beachbums for Mike Vick and Kevin Smith. Dalton is playing alot better than Vick and well Kevin Smith didn't see the field on Sunday as he lost his job? The league loves trades and people willing to make moves. Tmx loves learning new words. Todays word is Collusion- an agreement between 2 or more parties sometimes illegal and secretive to limit competition by deceiving, misleading or defrauding usually resulting in an unfair competitive advantage. Just joking Tmx cant get in the heads of Gm's making moves in week 3 to better their respective teams. This week in a rare interview with Jerkshots new ownership done anonymously the new "owner" stated without the old regime it feels like the 04 Sox when they got rid of Nomar. 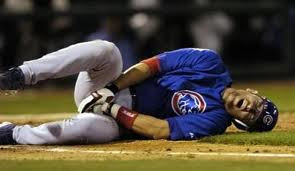 Playing loose and free now pressure and aside from the hammy dance the other owner still does you wouldn't recognize this team. Jerkshots came in 2nd this week with a huge week from AJ Green who put up 34.5 and they now are in third place and threatening the leaders. Nutsaway finally got a good game from his running backs with MJD going off for 30 and if Stafford doesnt get hurt had a shot at making a real move to the top. Fourth place saw Villenz playing the right rb but missing on the right qb. If Villenz finds the right combo he may take over the top spot. He sits comfortably in 2nd for now. The Slippery Wizards doing the wire act they do relying on Martellus Bennett pickup this week and Alf pickup last not sure how long they can afford to live off the wire or benching Flacco's big game for a pedestrian game from his number one qb Brady. Black Dynamite ( formerly White Devils) finally got the numbers they expected from Ray Rice and Welker and look to be heading in the right direction.

Questions around wonder why its not Black DYNO-MIIIIIIITE JJ Walker style but other than that the ship seems to be heading in the right direction with the new name. MFN  seems to have hit a lull. Injuries to his top two backs had him scrambling the wire and missed on two rbs and grabbed fantasy heart breaker Deangelo Williams landing him in 7th place for the week. White Unicorn coming off the trade that kept the league buzzing finished in 8th for the week with Megatron saving him with a big week 32 points while newly aquired Mike Vick is in danger of losing his job with an 8pt outing. BREAKING NEWS- at press time Tmx just recieved word that White Unicorn was able to acquire Lesean Mccoy and Fred Davis for Rob Gronkowski and Isaac Redman. This could be the move to make up for the last trade, cant knock the White Unicorns for making moves!! Sflabo came in 9th and as stated above is making moves trading his top rb for tight end help. Underachieving Shady is out and with Fred Jackson ready to come back Sflabo is ready to come back as well!!! This weeks winner was Beachbums who put up a league high 160 many thanks to the pickup of Jamal Charles who went off for 42 points more than half as many as the last place team DTF who finished with 62. Tmx made the calls and was follows is actual phone calls with owners and players. First up we talked to the Beachbums owners. Hey Beachbums its Tmx whats up! " White Unicorn? that you? I told you dont call this phone! Call the hoe phone! No way the commish isn't bugging this phone after that trade!!" Uhmm Beachbums its Tmx? Can you hear me you sound like your in a bunker? " oh Tmx hey whats up sorry my kid took the phone he's such a joker. Hows things  ?boy we got lucky this week. NO idea how we won and honestly Tmx not to cut you short but I gotta run I'm in my fantasy bunker and try and make some waiver wire magic thanks for the call" Fantasy Bunker? Wow no wonder he wins titles. Tmx then called the one downer on the Beachbums roster to see what is going on Chris Johnson This is what we got. "the number you have reached has been disconnected, no further information is available. OUCH well hope friend of Tmx CJ gets it together usually a good call. The last place team and last in the league is DTF. Tmx called DTF owners and here is how it went. Hey DTF its Tmx again whats going on? " Hey Tmx this is the last time you call this number cuz we finish in last!! I just had Rodgers over here and told him I'll trade or start Big Ben who outscored him again if he keeps this up!! WE are on the rise!!!" Sounds good DTF but didnt big ben say he was going to outscore Rodgers last week? " Tmx I dont like your tone! I''m trying to get out of this dank ass basement! Place got mice I gotta go. See you next week!!" Well good luck DTF.
ALL IGGLES TIME
QB- Ben Rothlesberger 44 DTF
RB- Cedric Benson 13 Slippery Wizards
RB- M. Turner 15 Beachbums
WR-L. Fitzgerald 26.5 Villenz
WR- T. Smith 32 Slippery Wizards
TE- Pettigrew 19.5 Beachbums
D- Seahawks 20 White Unicorn
K- Hanson 15 Black Dynamite 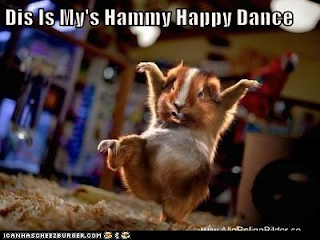 Iggles finished up with 185 which was not much more than the Beachbums. Looks like DTF and Slippery Wizards gave the Iggles the win this week. Its week 4 and the byes are upon us and the Thursday games continue and so do the trades!! The hammy dancers and BD took out Stafford, Spiller, Dhb, Bush and a few others but none seemed season ending so lets hope for a healthy week and some new blood at the top!! TMX OUT