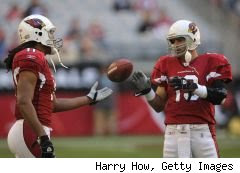 10th Place – Defending Champs (1493 Fantasy Points)
Preseason Ranking – 10th Place
Do we really need to say anything more than First To Worst? The answer is YES! Call it what you like…karma, destiny, fate, kismet (yes I said kismet). The way CHAMPS behaved last year and then add in the fact they didn’t pay the entry fee at the draft like everyone else CHAMPS deserved this.
9th Place – Smidawgs (1522.5 Fantasy Points)
Preseason Ranking – 9th Place
Way to hang in there DAWGS! I’ll be honest…it didn’t look good for you kid but you hung in there and put your DAWG Face on for Week 17. Sorry about the SMIDGY thing….but my phone always auto-spell checks Smiddy to SMIDGY! I’ve made several calls to Apple to fix this problem. 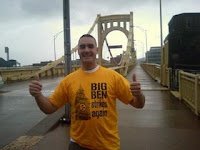 8th Place – JSL Enterprises (1671.5 Fantasy Points)
Preseason Ranking – 4th Place
You were my sleeper pick this year kid. Tony Romo…Jason Witten…and my boy Frank Gore. But what can you do….Maroney was a disappointment again and then went on the IR. Despite the injuries and the lame performance by some of your players at least you stayed out of the Dress Battle!
7th Place – Madd Fucking Niggerish (1689 Fantasy Points)
Preseason Ranking – 8th Place
Good work this year Commish….it’s a tough crowd to keep happy. I think this may be the first year nobody had any complaints about the scoring system. Marshawn Lynch…Steal of the Round…GUESS NOT!
Reach of the Round:
Chris Cooley for Madd Niggerish is a little bit of a reach in the 5th round. Gates, Gonzalez, and Clark were still available so the TE pick could’ve waited until it came back to you on the next round.
YUP....let me know when I get my dinner!

Steal of the Round:
What a round!. Favre, Williams, Moss, Fred Taylor, Jay Cutler are all great picks. But the Steal of the Round goes to Madd Niggerish for picking DeAngelo Williams. He’s looked great in the preseason and he’s the #1 RB for Carolina. Despite all the hype over Jonathan Stewart, Williams will still be the man for the Panthers.
OUCH!!!

6th Place – D St Dirtballs (1723 Fantasy Points)
Preseason Ranking – 6th Place
DIRTBALLS you drafted Westbrook knowing he is an injury risk and goes week to week as questionable. Can’t complain about it after the fact. Outside of Westbrook you did get hit real hard with the injury bug this year. Somewhere around Week 11 or 12 I was convinced you were going to come in last. Way to fight the good fight and finish in 6th.
5th Place – Nacho Papa (1730.5 Fantasy Points)
Preseason Ranking – 1st Place
You gotta be disappointed kid. Come out of the gate with a big week 1 win. You got Turner, Moss, T.O., Gates and Favre…..and you only managed a 5th place finish. Disappointing!
Steal of the Round:
I’m still not over the Vincent Jackson pick but lets continue. Thanks4Gore pulled off his second Steal of the Round with Michael Turner. I thought he would go by the 3rd round so getting him in the 6th round is a great pick.
YUP!!!!
4th Place – Slippery Wizards (1772 Fantasy Points)
Preseason Ranking – 2nd Place
Uhhhmmmm…..I really don’t know what to say. Year in and year out WIZARDS are just kind of there. Not contending for the money but also not in danger of finishing last. Maybe if WIZARDS paid their management staff they get more production on the field.
3rd Place – Street Pharmacist (1919 Fantasy Points)
Preseason Ranking – 7th Place
I think Sflabo said it best. The kid just shows up and is always in contention for the top 3 spots. I guess it goes to show you can show up drunk and unprepared for the draft year in and year out and still do well. RODDY WHITE = MUST START!!!! Cost you the championship. 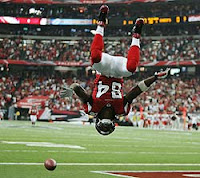 2nd Place – Sflabo (1966.5 Fantasy Points)
Preseason Ranking – 5th Place
Thanks for the advice to take the Philly Defense at the draft…really appreciate it! I’ve said it before and I’ll say it again…you had the best team and should’ve won.

1st Place – Dead Beat Dad (2005.5 Fantasy Points)
Preseason Ranking – 3rd Place
I know I was lucky…I can admit it. I’ll be honest when Brady got hit in week 1 I knew he was done for the year…and the first thing that I was thinking is “I can’t believe I’m gonna come in last again!” The only reason I drafted Warner was to give me insurance on Brady’s foot (remember that was the biggest concern heading into the year) just in case it took a few weeks to get in shape. Figured I could drop Warner around week 4 once he got benched for Leinart. The DeAngelo Williams pick-up was complete luck! Didn’t even realize he was available until NIGGERISH mentioned it…only picked him up because Stewart was having problems with his foot. WOW!!!! And then I must have gotten 50 garbage fantasy points from Williams and Warner in the last few minutes of games. BEYOND LUCKY!

Man what a year! Combine my 4 years in high school and 4 years in college together and I’m 100% positive I never wrote this much. It all started with the Fantasy Draft Review in August…after that it was all down hill. We had the Weekly Review…the Costanza Award…the Cheerleader Of The Week…The Goose Egg Club (IT WAS A FREAKIN JOKE!)….The Smidgy…the Costanza Alert…Things I’m Thinking…A Few Questions…Costanza Central…Ladies Of Costanza…and all those pictures (but I can’t really complain about researching the Cheerleader of the Week). Then add in the random e-mails and relentless text messages…..uggggghhhhhh! I understand it got a little out of control but you know what……..I DON’T CARE!
See you next year kids!
Posted by Iggles at Friday, January 02, 2009

Good job iggles and injuries and luck are what fantasy football are about doesnt need to be mentioned we all had injuries and our lucky moves. Back to the wizard tree til next year

Next year I'll mention the Lions Defense to you. Good job all year, congrats on the win.