The last two weeks or so have me feeling like I live in Seattle. Its always damn rainy then cloudy then sunny then god damn rainy again.

Onto things I learned this weekend:
1. Brewer OWNS a Tuxedo!
2. The Wizards released the artist formerly known as Hong Kong Dave, not due to the recession but due to a different direction the team is taking.
3. Chrissy signed up for Dot day for 10 more years. Thats a Rick DiPietro type deal.
4. When in church for a christening please be aware and do not swear...I was DAMN CLOSE!
5. Jeffrey is MIA. I actually called him via the telephone and he informed me he is alive but his text messaging screen is busted. UHM hello its 2009 bitch, get a new phone.
6. Chrissys doctor thinks he beats off too much. Chrissy disagrees, 3 times a day is normal to him.
7. Jackie Moon and Tina = Tackie Moon the power couple.
8. I caught some of the best of Bridezillas this weekend and WHO THE FUCK IS MARRYING some of these bitches?
9. Mitchell can bench 285lbs...let that one sink in.
10. CVG is always up for a good time and a little douchebaggery.
11. I really hate Kobe and the Lakers...suck it Phil Jackson. Lets see you win with the Kings, Bobcats or Clippers.
12. Breakfast appetizers are an untapped market. People order appetizers before lunch and dinner why not breakfast?
13. Nickerson thought she was in Sideways 2 with her Vineyard crawl/Wine tasting this Saturday. 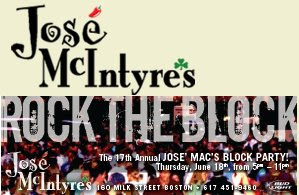