They call him Cassius 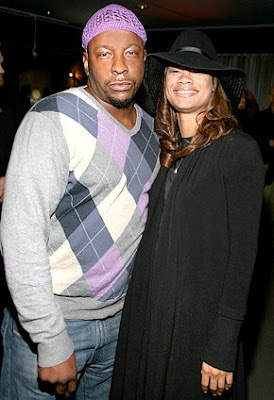 Bobby Brown and his girlfriend Alicia Etheridge welcomed a son earlier this week, he announced at a Las Vegas club last night.

"I just had a little baby boy!" Brown said during a performance at the Rok nightclub in the New York New York Hotel last night. "His name is Cassius...he was born four days ago."

His agent Ravi Dabiesingh confirms the news to Usmagazine.com, adding "they are extremely excited."

Dabiesingh told Us in February that Brown was "very excited" about expecting another baby "as [he's] big on family."

Brown split with Whitney Houston in 2006. They have one daughter, 15-year-old Bobbi Kristina.

The "My Prerogative" singer also has three children from other relationships: Landon, LaPrincia and Bobby Jr.
Posted by d at Thursday, June 04, 2009