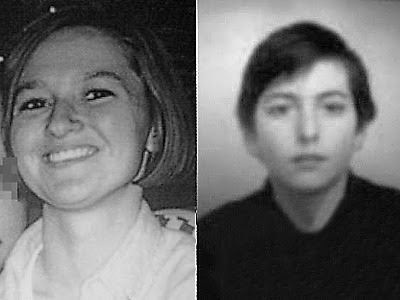 A Russian man has killed the girlfriend that he lived with for two years after finding out that she once was a man.

After they returned to Volgograd they started dating and soon moved in together. Kamila would not talk too much about her past life, but this never bothered her boyfriend.

Two years later, Vladimir proposed but was rejected. Kamilla said she was not ready for such a serious step and needed more time.

The suspicious boyfriend broke into her mailbox to see if she was cheating on him.

He found no traces of infidelity, but was shocked to find out that many of Kamilla’s correspondents addressed her as “Kirill”. The woman turned out to be a transsexual.

Browsing through Kamilla’s letters Vladimir learned how several years ago she traveled to Australia for transgender surgery and became a woman, then changed her papers to become one legally as well.

Unable to handle the revelation, Vladimir took a gun and when his girlfriend came home shot her dead.

After that he wrote a goodbye note saying he could not stand the “betrayal” of his loved one and cut his wrists open, but survived.

Vladimir has been charged with murder and is now awaiting trial at the local pre-trial detention center.

This is why they always tell you to check the plumbing. Even if "Kirill" had the operation to have his cock sliced and diced into a new vagina and he became "Kamilla", Vladimir had to of had an inkling. The facial hair? The adams apple? The hairier than a ladys ass crack? The man hands? The deeper voice? I mean one of these things had to be going on in this dudes world! To top it all off, he shoots him/her but slices his own wrists?
Posted by d at Tuesday, June 23, 2009