Well week 8 is in the books!! TMX which as always aims to inform and please the public and stands by its COMMITMENT to at least 30% honest reporting had a few complaints that they do not acknowledge the team that wins the week but only brings out the last place team for shame and ridicule. TMX will make efforts to mention the first place team but the intent is to help the last place team and we find shame and ridicule is a great motivator. UNMARKED BILLS (aka team smelchie, aka smiddawgs) won the week(124) getting 74.5 points from 3 players which was more than the 65.5 points that SKZA’Z SOLDIERZ entire team put up. The Soldierz took home last place with that performance.

TMX is a huge fantasy reporting operation and does not have the time to go into each teams history or management team but will mention Skza is routinely in the upper half of the league and finishes in the money so we don’t anticipate offering any advice that this winning manager doesn’t already know. 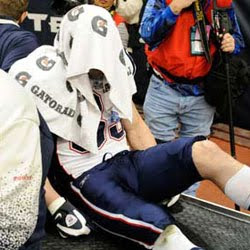 We will start with Wes Welker is available. If you’re looking for a poor wide receiver option on the Patriots why go with Deion Branch when you can have the new 83? You’re buying hydrox cookies when you can have oreos kid!! 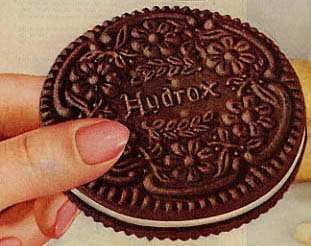 TMX is not expecting you to know that Mike Sims-Walker would go off for 30pts but you had to have a clue that Branch wouldn’t? This mistake cost you a chance to make a move during a bye week which is tough to do. Patrick Crayton is the first ever bench player to ever contact TMX!! The following is the exchange- “yo this TMX” yup this is TMX who is this? “ Its Patrick Crayton, you know a marginal wide receiver who played for the cowboys and now I’m on the chargers” uhhhm ok can we help you? “ yeah tell that Skza guy I put up 2.5pts in my sleep and it took Branch an entire game to get that, fool want some fool got some Patrick Crayton out to run a route Peaches and Herb homie” click. No clue what “out to run a route means or peaches and herb homie but we can all see your backup backup backup wr was calling you out Mr Skza.

TMX as in the policy did make a call to the player on the team we feel needed to be heard from in this case its Mike Sims-Walker. 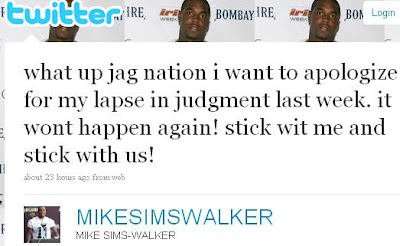 MSW released a statement “ This kid has a history of doing this you saw how he sat roddy white, its almost like he does it on purpose. I put up numbers if he don’t want my numbers then so be it” Well, I guess Mr Skza you need to decide if you want his numbers? If you don’t learn from history you are bound to repeat it.

TMX is widely popular and does not need the self promotion but we would be amiss if we didn’t mention we are the EXCLUSIVE site of The Real Decision. Known playboy William J Smiddy will announce exclusively if he will be bringing a lucky lady to the wedding of the year on TMX Thursday!!! The list of options is endless and TMX is being flooded with calls of possible ladies. Follow TMX on the text for the breaking news. 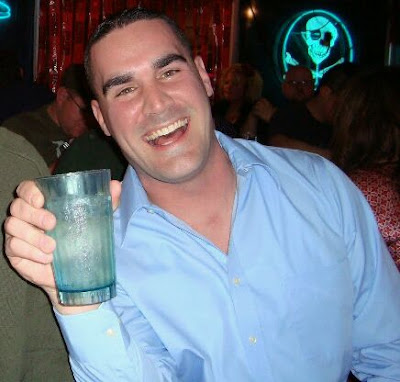 Good luck this week to each team and you’re all winners cuz you didn’t QUIT like Iggles did. Remember folan.com for everything t-shirts are available on the site mention TMX and get a 10% discount off a purchase of $45.00 or more. Don't forget to stock up on Eau D'Smiddy.

Who is that Hottie?