Odds are in people 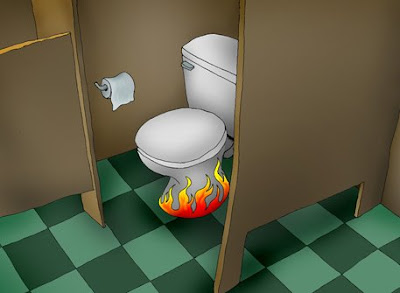 The line up is confirmed for the 2nd Wingalympics. Here they are in order of their Odds to win, based on the Iggles odds system (very very systematic - pie charts, formulas, algorithms, the whole nine;).

This was written by Iggles.

Mario "Hot Sizzle" Long - (Odds 40-1)
So what Mario has the worst chance of winning this thing. As usual he is 2 steps ahead of everyone. The only reason he even entered in the event this year is so he could try and bang that hot ass Asian waiter from last year. Well played Hot Sizzle, WELL PLAYED!
Jason "Its My Time" Foley - Odds (30-1)
Almost no chance. The kid has been eating salads for the last 3 months, how is he going to throw down 60+ wings in one sitting? And if anybody is interested in some side bets I'll take Foley is the first to puke if he eats more than 50 wings.

Jeffrey "The Wing King" Lundrigan - (Odds 20-1)
Little Jeffrey is a gamer but I don't think he's got what it takes. Besides you need to have a real set of balls when your belly is full and you need to throw down another 20 wings to stay in contention. And lets be honest, we all know his old lady has had his balls tucked away in the closet for years.

Chrissy "Lethal Injestion" Macphail - Odds (15-1)
If this were a hot wing eating contest than we could drop the odds to (3-1). Or if it was a hot wing eating contest while dancing naked then we can make it even money. But it isn't, and since he puked last year that makes it real tough to put any serious money on him. Besides, he called himself El Wingador which makes him a fraud since the name was stolen from one of the greatest wing eaters of all-time, the REAL El Wingador.

Greg "The Carcass" Coston - (Odds 10-1)
Hmmmm, well this was a tough one. The only thing I know about this kid is he's friends with Mr. Boozes brother Tom. Let me tell you people something, over the years I've met a few of his friends and they are all crazy. We're talking about certifiable whack jobs. So I had to keep the odds at a respectable level. Seriously, has anyone ever met a crazy person that wasn't able to eat an extremely large amount of food in one sitting?
Karl "Ozzface Killer" Osborne (Odds 5-1)
This kid Osborne is an unknown in the eating circles, and those are the type you gotta watch out for. Bastard has probably been training for the past 6 months eating wings everynight, dreaming about taking the title. Probably already has a place set aside on the mantle to keep the trophy. Watch out boys and girls, Mr. Osborne is ready to eat.

Jimmy "Two Thumbs" (Odds 2-1)
You all can go screw. I know what you're thinking "take the easy way out and place the best odds on the guy that came in second last year". Suck it, all right! There aren't many rules in life, and even then I don't follow most of them. But I do know that you never, and I mean NEVER, bet against a guy nicknamed 'Two Thumbs'. You just don't do it.

These odds were written by Iggles.