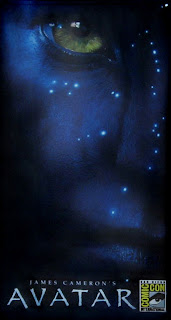 these movies made the biggest buzz this year. Accoriding to everything i read Jim Camerons Avatar is the most amazing movie ever made in CGI, and he expects it to be bigger than his "Titanic" the audience was shown a half hour of movie scenes. Dark Knight 3 still mum on the villian. Red Dawn reboot looks promising. Jake Gillianhal is the price of persia looks like he did some juice for the part. I hope they do a good job with Magneto that has so much potential, Warriors sounds good but they gave no information who's casted in the movie. Predator reboot is going to have a few predators not one against a commmando squad. I know i am a movie dork........
Posted by ChiefDude at Saturday, July 25, 2009