So much to do and so little time. It seems like every two days there is another trifecta of Boston sports teams all playing at the same time. Well not today boys and girls. Oh they are all playing today but you can enjoy watching them as they are at least staggered.

That means I can go to the bar right after work, grab some food, watch the Sox and pre-game for the Bruins game. The only thing better would be if this was a Friday.

Did anyone happen to catch that Pens-Caps game last night? After such a great first 6 games to the series it looked like game 7 was heading to ESPN as an instant classic. Well no such luck. The Pens dominated the 1st period, then smashed the Caps in the 2nd period and by the time the Caps decided they wanted to start playing there was 10 minutes left in the GAME. After all the hype surrounding the NHL's top 2 superstars(and watching the previous 6 games) this game was lackluster.

Tonight the Red Wing play the Ducks in their own game 7. The winner goes on to play the Blackhawks. Lets just hope this game is better than the Pens-Caps game was.


People are shaving in their staches for Saturday - The 2nd Annual Mustache Pub Crawl. I hope that you can all attend. Drinking is fun. Drinking for a cause is more fun. 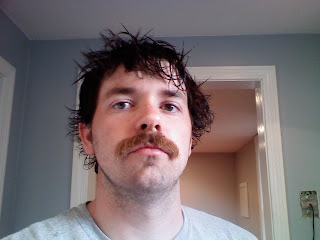 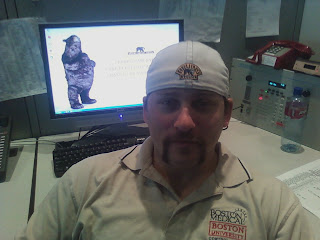 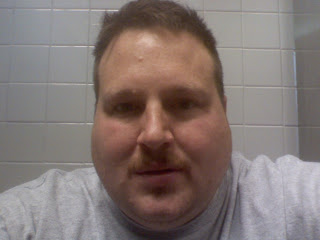 I hate Gary plays tonight at Cornwalls in Kenmore square. The team is currently behind 6-5 so we need a strong showing tonight to move on to the 2nd round of the playoffs. If you have no where to watch the games tonight stop on by and support the lads.
Posted by d at Thursday, May 14, 2009

Jeffrey got the John Wensink..awesome