I know Wednesdays loss was a bit on the rough side. It saw many Wanna B's show their true colors by jumping off the bandwagon - some taking off their B's hats and some switching to Celtics green. I am here to tell you not to worry. We have a big game tonight and all will be well in the world. 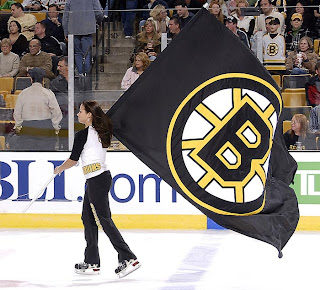 Bruins Beard-A-Thon
Cheer on the B's this Friday for Game 4 at the Boston Bruins Beard Bash at Johnnie's On The Side, just minutes from the Garden. Meet Bruins Alumni, enter to win raffles, and have the chance to win other great prizes, including two tickets to Game 5 for the night's best beard. The viewing party will be emceed by WAAF's Greg Hill and Lyndon Byers from the Hill-Man Morning Show.

Not a beard grower yet? You can sign up at the event and start growing one for the team.

Admission: $10 donation to the Boston Bruins Foundation at the door. You must be over 21 years of age to attend.

If anyone is looking for carton of cigarettes, MJT got a hookup - holla at your boy.
Posted by d at Friday, May 08, 2009