Old me is dead and gone 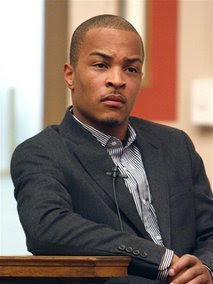 LITTLE ROCK, Ark. – T.I. will be coming to Arkansas by May 26 to serve a prison sentence on federal weapons charges.

The 28-year-old rapper, whose real name is Clifford J. Harris Jr., will be serving his sentence of one year and a day at the Forrest City low-security federal prison. Paperwork filed in his federal court case shows he has until noon on May 26 to report for his sentence.

Harris pleaded guilty to the charges after he tried to buy a stash of machine guns and silencers to protect himself after his best friend was killed. He will also pay a $100,000 fine as part of his sentence.