The grades are in 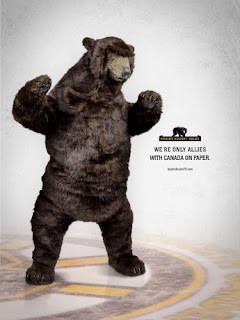 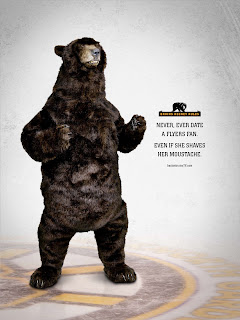 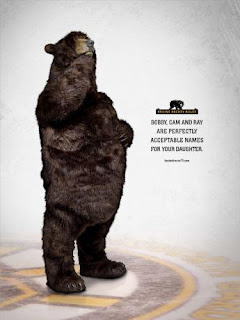 Ok so I am finally ready to talk about the Bruins game 7 loss. Its almost been a week and I feel like my frustrations have simmered down. We played well, had a few chances and didnt't put the biscuit in the basket, we didn't come out on top but did it have to be WALKER?? Seriously FUCKING WALKER?

Here are my final grades for the season(review my mid-season grades here):

P.J. Axelsson C+ not much has changed since mid season. He kills penalties. He scores a goal here and there. He is a free agent and I expect him to be playing in Sweden next season. Thanks for all your hard work Per Johan!
Patrice Bergeron B- Towards the end of the season he really stepped it up. He was increasingly better as the playoffs went on. The only cherry on this sundae would of been a game winning goal here or there. Is available in the off season for a bag of pucks and a new back flap.
Byron Bitz C+ Bitzy came up big on the 4th line. He filled in when Blake Wheeler hit the rookie wall during the playoffs. I like Bitzy hope to see him on the 3rd line next season.
Zdeno Chara A We won't be giving out many A's this season but Big Z get one. He played against every top line and either slowed them down considerably or plain stopped them. You can have your flashy Mike Greens, I'd start my defense with Z.
Andrew Ference D+ I know this grade my not go over well with Mrs. Watchdog but why can't this guy stay healthy? He comes back from injury and then all of a sudden something else breaks. Is he made from paper mache?
Manny Fernandez F- Yes F MINUS. Thanks for 2 terrible and hurt season. I wish you well in raping someone elses salary cap Mr Fernendez.
Shane Hnidy B- very consistent on the blue line. There were not many times during the season that I scream at my television because of the Sheriff. His missing tooth grin makes me laugh too(Thats what moved him from a C+ to a B-)
Matt Hunwick B- Who would of thought that Matty Hunwick going down would of hurt so much in the playoffs? I hope him and his spleen speedy recovery. God Speed Matty Hunwick
Philip Kessel A played an integral role in getting the B's into the playoffs. Played hurt. Kessel the 2nd Bruin with an A.
Chuck Kobasew B The Chuckwagon delivered. Period!
David Krejci A- When he was hot he was SCORCHING. When he was cold he was FREEZING. During the playoffs he played with much more consistency. He did win the 7th player award and that may of added a few dollars to his next contract.
Milan Lucic B He had his ups and downs this season, from 1st line to 4th line and everywhere in between. He may not be the most talented guy in the league but he works hard and if he can't score on you he will pummel you...have a good off season Looch.
Steve Montador D- YOU SUCK!
Mark Recchi B- Grade would of been higher if he played here all season. The Reching ball was a great addition to the team and he wants back next year. Sign him up now even if he is 846 years old.
Michael Ryder B- Ehhh you know he played well ehhh and its always nice to score ehhhhh too bad he scored in bunches ehhhhh and disappeared 2nd round of the ehhhhh playoffs. If someone will take him in the off season I wouldn't be dissapointed.
Marc Savard A There is not one thing bad I can say about Savvy. He plays hard. He is emotional. He has the will to win. He leads by example. I will be sad when his contract is up and he goes to Philly or NY.
Mark Stuart C+ Stewie oh Stewie. You need to be a little more aggressive back there buddy. We all know that when you are playing well you are a force but those times seem few and far between. I know you are still young so please put it all together this offseason.
Marco Sturm I You got hurt and we carried on. Your fire was missing from the ice but people stepped up. I hope you are traded to Dallas.
Tim Thomas A- You got better as the season went on. You proved yourself to all the doubted. You are in the running for the Veneiza trophy. You got rewarded with a $20 million dollar contract. I wish you well on June 18th at the NHL awards.
Shawn Thornton B- you did what was asked of you. You are gritty, hardnosed and not afraid to drop gloves with anyone.
Aaron Ward C- Where the fuck did you go Wardo?? You played decent throughout the season but when the playoffs started you went ghost on us. If Scott Walker didn't sucker punch you in the eye then I probably wouldn't of known you were on the roster.
Blake Wheeler B You my friend get a solid B. We all knew you had talent before the season started(a top 5 pick 3 years ago) but no one thought you would contribute so early and so often. Kudos!
Dennis Wideman C+ OVERATED! Too many turnovers and if Z wasn't back there to bail you out who knows how this season would of turned out. He was like a hockey turnstyle back there
Stephane Yelle B For the price the B's paid for this guy he was worth 5 times as much. He should see his pay day increased this off season with whatever team he signs with. Solid back up who does all the little things.
Claude Julien B+ Does a fantastic job with what he is given. He is not afraid to change styles depending on opponents. He tries to keep the team fresh for the whole season. Not too many things wrong with his coaching.
Blades B Blades the Bruins mascot gets a grade here for showing up to all the R.O.A.R's and putting up with the bullshit.
Ice Girls B- Shake your booty. Not one shirt near section 19.

I hope we have a nice off season. I do not envy Peter Chiarelli. He has to make choices with just about everyone: Krejci, Kessel, Bergeron, Bitz, Sturm, Recchi, Savard, Yelle, Hunwick, Fernandez and some of them cats down in Providence. Whether it is free agency or trades. Rest up boys see you in September.
Posted by d at Wednesday, May 20, 2009

good luck chiarelli when you get rid of me i'll haunt the bruins more than samsonov in the playoffs.

coming up on 40 years since last cup. Blackhawks worst of the original 6 Bruins right behind them.