BOSTON -- An MBTA worker tackled a problem inside a "T" station Thursday morning.

The employee literally tackled a man who took off who after stealing a woman's cell phone.

Surveillance video shows how the robbery in progress came to a quick stop at the Broadway MBTA station this morning.

Tom, and MBTA customer service agent who did not want to be identified, said he was watching people exit a Red Line train when he saw fellow T employee, Paul Rosselle chasing a man and yelling for help.

"When the doors opened everybody got off the train saying a girl got robbed. As I'm standing there and the girl said 'I got just got robbed' so we saw a kid running off the train, and so I started chasing him up this stairwell," Rosselle said.

He and Rosselle held the suspect until police arrived.

"He seemed young. I felt bad for him, kind of; I really did," Tom said.

Investigators say Tarushka was found with a cell phone that had been stolen from the woman on the train.

It was later returned to her.

"Luckily, we were all down there when it happened otherwise the person probably would have gotten away," Rosselle said.

The suspect was arraigned today in south boston on larceny charges. 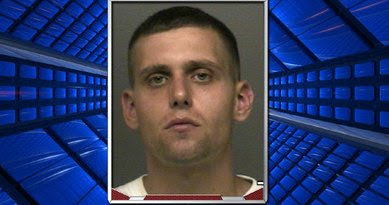