And you thought Bush was bad 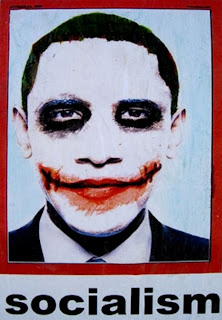 Cornyn, who leads the Republicans' Senate campaign effort, said Wednesday in a letter to Obama that he's concerned that citizen engagement on the issue could be "chilled." He also expressed alarm that the White House could end up collecting electronic information on its critics.

"I can only imagine the level of justifiable outrage had your predecessor asked Americans to forward e-mails critical of his policies to the White House," Cornyn wrote.

Cornyn was responding to a post on the White House's blog Wednesday in which users are asked to help stop the spread of disinformation about legislation to overhaul health insurance. The post offers an e-mail address, flag@whitehouse.gov, for users to forward anything "on the web about health insurance reform that seems fishy."

The White House said the post was merely designed to fight "intentionally misleading" information in the health care debate.

"We want to be sure people have the facts about health insurance reform that will lower costs, protect consumers from insurance regulations that deny them coverage and assure quality and affordable health care for all Americans," said Adam Abrams, a White House spokesman. He said no lists or sources of the information would be compiled.

In his letter, Cornyn asked that the effort cease immediately and that the administration inform Congress what it's doing to ensure that names and electronic information about citizens weighing in on health care are not collected.

Kevin McLaughlin, a spokesman for the senator, said that the office had received no response from the administration.

He said Cornyn had not yet considered whether he would push for legislation to address the matter if necessary.

Can anyone still tell me this dude and his administration is not sketchy? If Bush did this Micheal Moore would of made a movie about it.
Posted by ChiefDude at Friday, August 07, 2009