"Yes, this is a business office, but I'm not a businessman per se. I'm here working for the people. I'm causing dissent, stirring the pot, getting people to question the whole rotten system."
George, trying to get a date with a communist, in "The Race"

If you've been following the blog 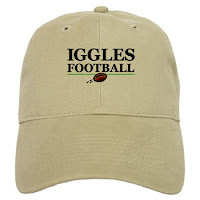 (and comments) you know it's been a rough week in the IGGLES Household. We won't get into too many details and no I'm not going to get into opposite worlds thing and so on and so on. IGGLES will live on but unfortunately change is under way at Costanza Central. Costanza Central has been forced to relocate and now has a new home.

Over the past few weeks the Costanza Crew has thoroughly enjoyed your mail, texts, e-mails, and phone calls. The suggestions are great and we try to fit something in if we like it. The hate mail has been absolutely must read material, the death threats are even funnier, the first letter that was laced with fake Anthrax was a little scary but we got used to it after the first few times. We're still trying to figure out who sent us the horses head….that was the best one yet. Anyway, in these hard financial times we couldn't afford a new place but we were able to lease some space from a company in Boston. So keep the mail coming…..here is our new address.

Costanza Central
c/o Vandelay Industries
1 Vandelay Way
Boston MA 12345
Phone: (800) GO LATEX
Since we have been getting settled in at the new diggs I'm not really feeling a Start of the Week or even a Sit of the Week. I haven't been able to do any research this week due to the move. Plus, the ladies of Costanza Central have been absolutely useless. They are more concerned about getting the bar set-up and stocked so they have something to drink during lunch breaks.

We could take the easy way out and call for Westbrook to be benched but D St Dirtballs already has him on the bench. We liked what we saw from Nacho Papa this week getting a head start with the unconventional start. NACHO is going with Marvin Harrison over Lee Evans…..like your style NACHO show Evans who’s boss after he landed you in the Goose Egg Club last week.

Thankfully the bar has been set-up 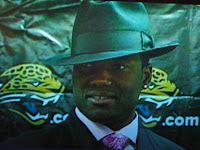 so I can consult the ladies and we are all in agreement. JSL Enterprises you need to bench Tony Romo this week in favor of David Garrard. Now JSL, don’t think about it…don’t talk about it….don’t even sleep on it. JUST DO IT!! Garrard over Romo is your start of the week. How can you not play a guy with this much style? He’s got pimp written all over him and we know how much you respect a pimp. MUST START J.S.L.


A few questions:
1. Is everyone going to end of the fantasy year get together? Is this just a league thing or is anyone invited?
2. Still no offers to stay at someones house. Is it something I said?
3. Anyone interested in being a guest writer on the ADSL Weekly Review? You don’t have to write the whole thing just a few paragraphs about anything.
4. Would anyone be interested in a Ladies of Costanza Central Calendar?

Cheerleader of the Week:
Missy Barrickman
Miami Dolphins Cheerleader
Hometown: Pittsburgh, PA
Occupation: Medical Sales/Marketing
Dream Job: Host “Wild On” on E!
Missy’s website is also good so if your interested in may be worth taking a tour. www.missybarrickman.com 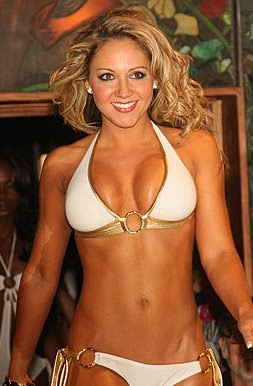 VERY EXCITING! I've been waiting for weeks to post an acceptance speech

HOLY SHIT I like how the cheerleaders get hotter

If you like that pic you gotta go to her website. Damn website blocked her photos from being downloaded. I got a blog to keep up to date people...cut the shit.

Deegs you can stay at my place if you need be

NAMES DAMN IT! NO NAMES. MrBooze if one of my family members shows up again I can guarantee I will be moving in with you and the future Mrs. Booze!

Of course, you did get a free coffee machine after I stayed at your place last time. Who knows what kind of free gifts you would get this time. Free DVR...maybe a free iMAC....who knows