"Do you ever just get down on your knees and thank God that you know me and have access to my dementia?"- George, in "The Switch"

Now listen up kids. Despite 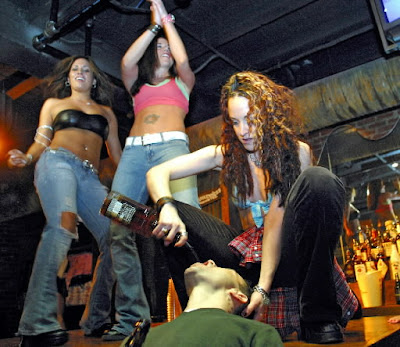 this picture taken during lunch at Costanza Central the crew works tirelessly to help with your weekly roster decisions. The crew is starting to get the feeling you are not taking us seriously. It took several weeks for Street Pharmacist to listen to us and start Roddy White. We nearly had to get down on our hands and knees until they finally listened. Next up was D St Dirtballs, we told you not to start Colston until week 10, and again we were ignored. We stumbled slightly when we called for the benching of Portis but we came back strong with a bold prediction the next week. Surprise, surprise not only did DeSean ‘D-Jax’ Jackson outscore Calvin ‘trash time’ Johnson but he surpassed the numbers put up by Johnson and Jennings combined. Honestly, we are not trying to gloat but when are you going to listen? Maybe we can understand if you want to ignore our predictions. Or even go against us just for the principle of it. But if Costanza tells you something about an Eagles player you better listen. We all know Costanza has sources deep inside the Eagles organization. If we tell you Route 36 is hurt, then you bench him (right DIRTBALLS?). If we tell you Mr. Chunky Soup is playing his last year in Iggle Green then you listen. And if we tell you DeSean is going to have a big game then you play him. End of story.

So lets move onto week 11 and put the animosity behind us. We are torn this week, our hard working staff are split between 3 teams. We have a must start for The Slippery Wizards, Nacho Papa, and Madd Fucking Niggerish. How do we decide? We could post a poll but there is no time for that since one of the starts impacts the Thursday night game. I think NACHO will be eliminated from the discussion due to the rumors of roster tampering. So that leaves WIZARDS or NIGGERISH. 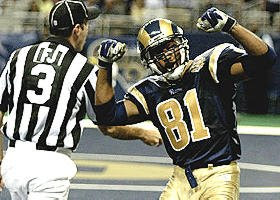 Since we blew it a few weeks ago for NIGGERISH we feel the need to make it up to them. Your start for week 11 NIGGERISH is Torry ‘Mr. No-Show’ Holt, sadly you will need to bench Mr. Burress this week. I know, Holt hasn’t done crap this year but you’ve kept him on your roster for one reason………the REBOUND WEEK! We are all familiar with the rebound week, and no we are not talking about the skank you rebounded with last weekend. The REBOUND WEEK is the unexpected week that Player X puts up huge numbers and then afterwards returns to their normal disappointing self. Well this is the week for Mr. Holt. So don't mess this up NIGGERISH!

Keeping an eye on the Race for the Dress, Smidawgs had a nice week and pulled ahead of Defending Champs by 100 points. It’s not over yet, DAWGS is living in INJURY hell right now and can’t figure out if his players are going to be active or not. Good luck with that one DAWGS!

A few questions:
1. Has CHAMPS thrown in the towel? Haven’t heard from them and I haven’t even gotten one of those crazy trade offers. Maybe I’ve been blacklisted by the black guys?
2. Where is my coffee Street Pharmacist?
3. I’m sad to say there have been no offers to stay at anyone’s home in the event Mrs. Iggles kicks me out. I’m hurt people, really hurt. Maybe the sending the kids to Grandmas house was a little too much?

As promised here is our Cheerleader of the Week section.
Amanda Lofland
Denver Broncos
Height 5’ 41/2”
Chest 34B
Waist 24
Hips 34
Eyes Brown
Two people she would like to have dinner with? Frank Sinatra and Ellen DeGeneres.
Dinner with Ellen DeGeneres???? Oh boy does that mean she is a Vaginatarian? Anyway, here is the pic. 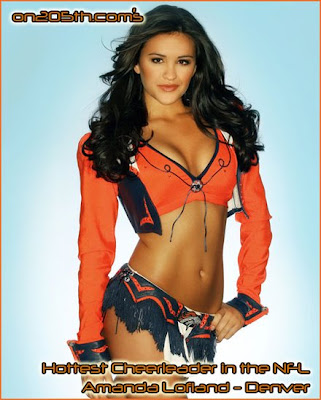 WOW that bitch is hot

uwant ur cup of joe - ur coupon is in the mail