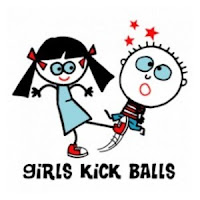 Damn you David Garrard……..DAMN YOU!!! As soon as I saw the fumbled snap on the Jags first offensive play I knew we were in for a long day. I feel like Smidawgs after he runs into one of his lady friends that he never called back after a night of SmidLove! A slap across the face, a punch in the gut, and a kick in the balls. Yep, that pretty much sums it up. And just like Dr. Smidlove we will get right back on the proverbial horse and give it another try. Please Note: Just so we are clear the term ‘proverbial horse’ is an expression and in no way a reference to the size of Smidawgs ladies.

Well boys and girls as I’m sure you are aware, it was a rough week at Costanza Central and a rough week in the Land of Iggles! The McNabb Era is officially over! I know he is starting Thursday but the reality is it is OVER. No more puking, no more ‘fro, no more stupid jokes, no more black QB who tries not to be a black QB even though he is a black QB. For you politically correct people out there please replace ‘black’ with ‘athletic’ in the previous sentence…thank you. Next, we would like to apologize to those of you that have tried to call Costanza Central at (800) GO LATEX. I understand the urge to mock us at C.C. is irresistible. But we told you we weren’t feeling good about a Start of the Week. We aren’t here to make excuses…we made the call and it was wrong. So the calls into the phone banks are well deserved, but as most of you have figured out you couldn’t get through to a live person at C.C. We were so busy getting up and running after the move we never got the phone service lined up. Well, for those of you that did call, and trust me after the week we had (fucking David Garrard) the calls were coming in left and right, you know what happened. For those that didn’t call here is a video that will explain it better than I can...


So let’s move on people and put the past behind us. For the first time all year the Costanza Award was a no brainer. We would like to thank D St Dirtballs for making this week the easiest decision we’ve had all year. DIRTBALLS you are the week 12 winner of the Costanza Award. Donovan ‘I didn’t puke in the Super Bowl’ McNabb posting a ridiculous -3 points and Matt ‘Tom Brady Who?’ Cassel putting up another monster week with 44 points. Then on top of that your bench scored a respectable 114 points and your starters could only manage 59 points. DIRTBALLS you gave us no choice this week…congratulations! But that doesn’t leave the rest of you bastards off the hook. Smidawgs….now listen very carefully. Pittsburgh is the new Denver…their running backs cannot be trusted at any cost. Just move on and don’t look back you will thank me later. But Parker is not the reason you are getting mentioned here…….nope you can thank your boy Kevin Walter. 18.5 points is a lot to have on the bench when you’re trying to avoid the dress. The Roethlisberger benching didn’t help your cause much either. Now for our old friend Street Pharmacist….you’re damn lucky DIRTBALLS screwed 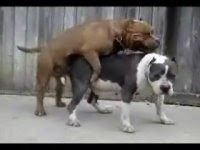 the pooch this week or you would have been the hands down winner. 118.5 points from your bench and 83.5 points from your starters was painful to see. The Trent Edwards benching cost you 17 points all by itself. I’m pretty sure all those points will be needed when it gets down to crunch time at the end of the year. Dead Beat Dad…..you’re not immune from this carnage that we called week 12. DEAD BEAT tried to get cute and sit Thomas Jones and it bit him in the ass. A trusted ‘WIZ’ at fantasy football warned everyone that all Jets were a must start. And DEAD BEAT ignored this advice…..so they paid the price. Go F yourself Antonio Pittman………FU! Same goes for you JSL Enterprises (not the FU part)…..Leon Washington was a must start and you also ignored the WIZ! Now listen up people this league championship is going to come down to the wire. Mistakes in week 12 will cost you in the end. So cut the shit…..start studying up and get the rosters right for week 13.

Things I’m Thinking…….
1. All jokes aside…..if a high school QB is lighting up the NFL like Cassel is can we really keep calling Tom ‘GOD BRADY’?
2. Thank you XM and Sirius. I really don’t care who bought out who. I’m just happy I get my Led Zepplin station and my Hair Nation station. I can drive all day listening to both of those.
3. Now listen up Atlantic Beer Garden! If you touch my coffee again there will be repercussions. The word ARSON is in my vocabulary. I’m pretty sure you’re insurance company will not look kindly on a new place burning to the ground. I’m just saying.
4. Bring in a virtual rookie in a close game on the road against a tough Baltimore defense. Really Andy Reid? Really? (deep breathes Mr. Iggles…..deeeep breathes)
5. Happy Thanksgiving everyone….even though I’m Atheist. 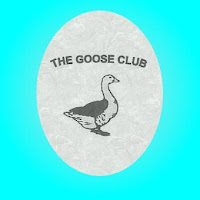 Defending Champs has finally gotten some fantasy points out of their TE and believe it or not they came from Tony ‘Goose Egg’ Scheffler. Granted it was only 1.5 points but when you’re fighting for your life to get out of the basement you will take what you can get. Speaking of basement and TE look who showed up on the radar this weekend. You guessed it….Smidawgs has decided he wants the Goose Egg club to be named after his TE. Come on man, 0 points from your tight end Smidawgs? You have got to be kidding me! There isn’t any reward for getting the worst production from the TE position people so let’s get the crap. Now I want both of you to read this very carefully. UNDER NO CIRCUMSTANCES AM I CHANGING THE NAME OF THE GOOSE EGG CLUB! It will not be the Fasono Club or the Scheffler Club. Not gonna happen! There are 17 free agent tight ends out there that scored more points last week than both your tight ends combined. Spend the freaking $5 and go get a real TE. I mean Jesus H Christ how difficult is it to play a TE that might actually score you some points.

I think that’s it. It was a long weekend and I need some rest. Headed to Florida next week for 10 days but I think I can still get the posts up on the blog. Unfortunately the trip is for work but Mrs. Iggles will be joining me on Friday for a quick weekend getaway. I don’t want to start any rumors but there may be enough time for Mr. Iggles and Mrs. Iggles to officially tie the knot. We both love animals and getting married while swimming with the dolphins would be awesome. Also, Costanza Central is very excited that our favorite holiday of the year is right around the corner. So we may be doing a special edition on the blog starting December 1st. CAN’T WAIT!

Oh yeah one more thing. Last time I checked Thanksgiving Day is meant to be a day of giving thanks. Well in preparation I’d like to thank Vida Guerra’s parents for giving us this…………. 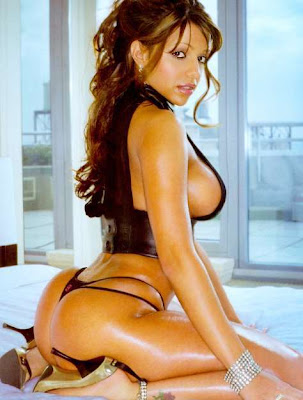 Getting Married while swimming with Dolphins?? You too Smidawgs Idea...Costanza a chump

gonna be some tough weeks ahead

Hey costanza you dope- an atheist denies the existence of supreme beings or gods NOTHING TO DO WITH THANKSGIVING AT ALL.........