It wasn’t until Saturday that it dawned on me what you guys were trying to do with this trade (I refer to it as THE EVENT). It was a test….trying to push me over the edge and make me revert back to my negative ways. Well I’m not going to let that happen….YOU CANT BREAK ME!

I’ve kind of left the opening segment of the weekly review/preview up to my discretion as to what gets posted. We can look back or look forward or I can just write about whatever it is I want to talk about. It doesn’t matter to me and I usually don’t decide until I sit down and start typing.

So I have to take some time and congratulate BOBBY BROWNS on their win last week. Ordinarily I don’t care who won the previous week since by the time this gets posted it’s already Thursday and we are all looking forward to the coming weekend, nobody cares about who won last week. Right? But BOBBY BROWNS deserves to get some props. He put up with more crap in one week than I can ever remember one team getting in any of our previous seasons. Granted, he deserved to get blasted for one of the worst trades I’ve ever seen….but BOBBY BROWNS didn’t care and he basically gave everyone the middle finger with a big win this week.

But before we get all excited for BOBBY BROWNS lets just remember he did ruin the season before week 4 had even started by ensuring Unmarked Bills finishes in 1st or 2nd. AP and Brees on the same team…..you’re killin’ me BROWNS. But you still haven’t broken me so congratulations on the win. 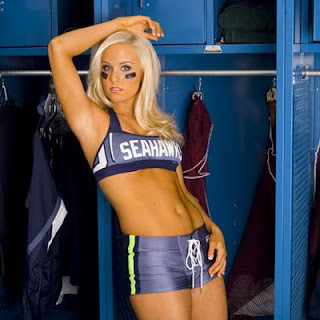 Jonathan Stewart: He may not be that hot, but 13.5 points is real hot if you compare it to the rest of The Real Steve Smith’s RB’s

Peyton Hillis: back to back Who’s Hot for Hillis. I guess SKZA doesn’t need 22 points

Brandon Lloyd: Iggles makes up dumb rules about not playing guys you just picked up and then he doesn’t even follow his own rule. 21.5 fantasy points

Jay Cutler: -2 fantasy points…you can blame it on injuries BOBBY BROWN’s but the way that game was going you’re lucky your only QB made it out alive.

Demaryius Thomas: 0.5 points…not a great way to start things off with your new team. No truth to the rumor that BILLS is looking to void his trade.

Steve Smith: not the injured one….the one who is actually healthy but still can’t score any points. He’s about to make Iggles very long MOST HATED list.

Matt Forte: I may be wrong but this may be our first back to back Who’s Not. I cannot promise that Iggles isn’t laughing while typing this.

Did any Moss scorr points this week? If it wasn’t for his 5 rushing yards I would swear that SKZA’s Santana Moss didn’t even play.

I can’t confirm this but I believe TMX talked SKZA into playing Ronnie Brown over Hillis. Can anybody confirm this? 6 points for Brown ain’t gonna cut it for Team SKZA

What a week…..The Real Steve Smith finishes things up with another goose egg from Andre Johnson.

YOU GUYS MAKE THE CALL:

Talk about a new year….I’m not sure if I’ve even mentioned White Devils yet this year. I guess we need to change that….you gonna trade for Fitzy and not play him? What do you guys think? Nicks or Fitzy?

How about you NIGGERISH? Not going to play your new WR? Floyd and Colston have been hot and cold all year long. Which one you gonna play? Or do you say screw it and just play both of them.

Wizards going to pull off a trade or make a roster move? The Kolber can’t throw the ball more than 10 yards down field so I guess you’ll be looking for some YAC from DeSean.
Posted by Iggles at Wednesday, October 06, 2010