TMX is back from its bye week ( drunknothings.com shut down last week) for the week 7 recap! 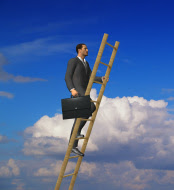 Creepshots are making their move to the top putting up  172 points and winning the week this week!! Rejuvenated Lamar Miller lead the way putting up 42 points most of them in the first half! Gronk did his thing and the rams d put up 32!! Creepshots has its eyes on the top spot with two impressive weeks in a row. 2nd place this week with 166 were the Beachbums. The Beachbums after some moving and shaking thru the wire and trades is climbing up the standings. Led this week by Luck's huge 2nd half ( 35 pts) and newly picked up wr Diggs (25pt) the Bums put up enough points to usually win the week. Starting old friend Christian Michael may have cost the Beach bums as he posted a lowly two points. Third place this week with 142 was Supah P's. Supah has the two leading rushers in the league with Chris Johnson and league MVP freeman. Mike Evans had a breakout week this week and the Seahawks d did their thing. Supah's just needs to find the right qb to lead his squad to the top. 4th place this week was Charlies Angels with 137. Brady led the way with 38 and rbs Ingram and the resurgent Dougie Fresh both put up over 20pts. Starting tight end Tim Wright putting up 1 point hurt the squad as Angels are stuck just outside the money. 5th place this week with 137 was Slippery Wizards. TY Hilton finally played like a wr1 with 34pts and Beastmode was back but Matt Ryan continues to put up just average  numbers as the defending champs try not to go from first to worst. 6th place this week also with 137 were the Jaybirds. Muddy Rivers again put up big numbers and Antonio Brown finally got back in the groove. Jimmy Graham continues to have a subpar year for the Jaybirds and have to wonder if a change of scenery would help? Jaybirds had a chance to take over first place but came up short. 7th place this week with 127 was DMC. Gurley ran like the new beastmode putting up 35 points while AP and Robinson stop short of 100 yards ( 98 each). Olsen and Beckham had rare off weeks hurting DMC who is trying to get over the hump and into the money. 8th place this week was Black Dynomite with 113. Rodgers and Cobb on a bye 113 isn't a bad bye week. Bell was solid and bye week replacements R. Mathews and Bortles held their own with 34 combined points. Black Dynomite got one point from Alf and will need to address that going forward to continue their stay at the top.  9th place this week was Skza's Squad with 98. Cooper and the Chiefs d had good weeks but Flacco put up noodle arm Manning numbers and Blount, Vjax and Edelman COMBINED for 8 points. Skza's one of the three in a tight fight for last and will need to make the right place to not be that guy! 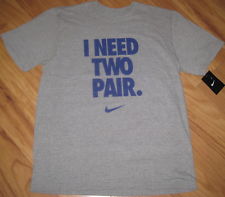 10th place this week for a second straight week were the Equalizers. Arian Foster was the only star this week with 27. Kicker J. Tucker actually outscored  3 players on the team and Tucker only had FOUR points. Equalizers need to hit big on the waivers and may want to think about trying to get good value for Dez Bryant cuz it looks like he needs two starters and TMX is not sure dez can come back and put up the numbers of 2 starters.

Let's make some quick calls. First up old friend Arian Foster. Yo Arian its TMX sorry bout the injury but you left it all out there this week. " Hey TMX yeah Achilles is gone but I tried my best, guess I can maybe write some for the TMX guys hahahaha"  Good one! Well guess the question everyone wants to know is why were you out there when your team was down big in a blowout? " come on TMX you know why. The equalizers TRAIDED for me and I'm the best player they got, they needed me. What can I do?" Wow well now you're gone and Equalizers will have to adjust. Thanks for the time Arian. " Yo yo what about that job writing for you guys??" Ha not so much. Later. "BYE". Man tough break for one of TMX's frequent callers. Lets call Lamar Miller from this weeks winning team Creepshots. Hey Lamar its TMX how's it going? " TMX I heard all about you guys, man I'm honored." Thanks, what a great week, well actually half you had how do you explain it? " well its simple we got rid of the deadbeat coach and we brought in a guy who knows whats up. I'm not sure if Creepshots ownership had anything to do with his firing but he's certainly reaping the rewards and we are all happy for him. Sorry to be brief but I got a short week vs the pats and I'm looking to drop a 50 burger on them. L- out!' Wow high hopes from Mr. Miller!! Ain't bragging if you can do it is what TMX always says.  Let's look at the standings thru 7 weeks


The bye week certainly tightened things at the top with Jaybirds now within single digits and four others under 100 for the top spot. The fight for the last place spot looks like the same three jocking back and forth with no one pulling away!! The bye weeks will test teams depth the next few weeks and the waiver wire and trades have already helped teams make up a lot of ground. The halfway point is just about here so its time to get serious and make the moves you need! Good luck in week 8 and hope for no injuries. TMX OUT. 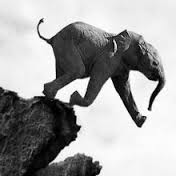