We rolled back the clocks and the temperature went up. I like how that works. I mean I do love the Fall and I am happy as a piss clam when its 60 degrees out.

This is what I learned:
1. Apparently, Rob Knudsen is referred to as Coach K in Hull. 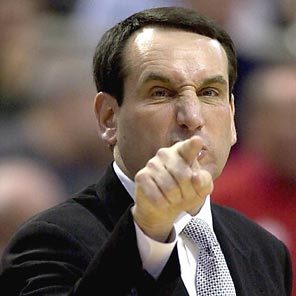 2. Tomorrow is election day so vote early.
3. Would you move job locations for $15,000 more a year?
4. Julie Nickerson is alive and well and starts her new job next Monday.
5. Who knew trick or treating, while drinking a 30 pack, was so much fun?
6. Draft Kings > Fan Duel for the mere fact they don't use kickers. They also have an agreement with the NFLPA where as Fan Duel is being sued by them.
7. Don't forget its Movember guys.
8. All you Claude haters, who were hoping he would be fired by Thanksgiving, can eat a bag of dicks. Looks like these Bruins are gelling a lot faster than Cam thought.
9. Speaking of the Bruins the winter classic jersey look pretty nice.
10. It is kind of normal to just have shot guns laying around your house when you have kids over for a family dinner, right? At least in NH?
11. At what point does a crush become infatuation and when does that lead to stalking? Asking for a friend who may end up in a well some day.
12. Another year goes by and I don't see the Nightmare Before Christmas.
13. I can not wait for Thanksgiving. That's my jam.
14. Congrats to Johnny Gomes and the Kansas City Royals on winning the World Series.
15. Man oh man lots of injuries in the fantasy world.
16. Is there anything worse than slow/bad service at a bar or restaurant?
17. Mike Foley is glad he is home and wouldn't change anything the past year or so.
18. Kelly Cellar is a good spot to watch a game and the food was  pretty good. I mean how can you beat $1 tacos on a Thursday night. Doesn't hurt that the bar tender may of been hitting on Chrissy
19. Selfish pricks/people suck.
20. Where has angry Paddys posts been? He must be killing it at the gym or in the bedroom...either way he seems happier.
21. Guess it is frowned upon to go as one of your friends for Halloween, I had no idea.
22. My Brother in law Matty and his fiance Megan are looking to get hitched in Hull. Anyone have any experience with weddings at Nantasket Beach resort or the Salt Water Club?

the guy who could of been working in Control by now if that scab rat bastard (No names but his name rhymes with Rootin Tootin) cost him his job. said...

#16 I just leave now. I do the same thing at m kids doctors appointments, no matter if it is a regular doctors appointment or if the kids are sick and i make the appointment. If the doctor is 15 minutes late i walk up to the counter and ask for my $20.00 Co-pay and i buy Benadryl so my kid will sleep off the illness/pain.