Man oh man Jeffrey's beach party and cook out was a success, other than Chrissy being burnt to a crisp.

This is what I learned this fine weekend:
1. No one wants to work but we all have to so stop bitching.
2. Being 47 years old with 3 kids, ages 15, 8 and 6 then finding out you are going to be a dad again must be stunning. Congrats Layden!
3. Kids love bunk beds, and apparently they love when Derek buys them.
4. Jurassic World was pretty damn good. Chris Pratt is basically Star Lord dressed as Indiana Jones the dinosaur whisperer.
5. Any drink that comes flying out of your nose is painful.
6. Lets move some t shirt units for the pub crawl guys. I dont want to lug 75 shirts around.
7. TK is geared up for this Mustache Pub Crawl, said it is going to be like 1983 all over again.
8. Smiddy is going to have a a slip and flip tournament at his place in Southie. Have you signed up yet?
9. The Harpoon Shandy is something. Grapefruit in a beer is quite odd but yet not off putting.
10. Calnan is out shopping for his outfits for when we go to a Georgia football game this year. Says you can't dress like a chump off the streets at the SEC games.
11. Jeffrey is now in the creep shots group text. Lets see what he can bring to the table. Its a tough crowd, ask Paddy.
12. I found out Braintree day is the Saturday before July 4th. BIG TIME PARADE AND PARTY!!
13. Children play house at 3 and 5? Shocking to me.
14. Chrissy is looking for a food challenge, does anyone know of any? The kid loves free shirts.

Don't forget the MPC starts at 1 this Saturday. Hope to see ya all. Chrissy already shaved his stache in. 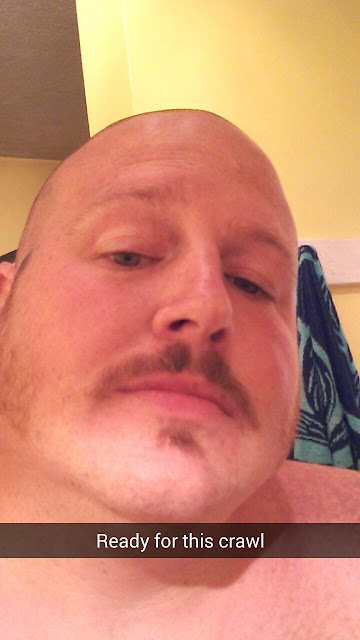 75 t-shirts is horrible. Step it up people. It's just a simple karma thing, You don't buy a shirt for charity then your kids end up having cancer. Hope you can look them in the eyes and let them know you could have prevented it.