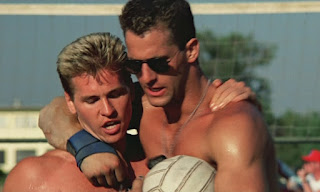 I’m not saying your are a bunch of uncultured slobs, I’m telling youthat you, the average Bostonian is an uncultured slob.Look I’m wrong about a lot. But if you can sit there and tell me “Wedon’t need no Olympics”, then your either a crazy person or justignorant Smiddy.Think about this for a second. Does the world care that the Patscheated their way to another Superbowl ?  No they don’t. You thinkChina is in awe of the Bruins 2011 Stanley Cup? No they’re not. Youthink Brazil gives a rat’s ass about the 2004 World Series win. No theanswer is freaking NO.So why is it then everyone is objecting to the Olympics? What thetraffic? Traffic already sucks bro. Blame it on those carpet baggingSouth Shorians who clog up our roads everyday coming to civilizationso they can make money for Keno, Xanax and Coors Light. Solution?Just tell them to stay home! The average South Shore resident looksfor every excuse to not work anyway. I’m sure if you shoot the City ofQuincy an email to stay home they will.Next, Oh what the T can’t handle it? Well since the entire South Shorewill be at home guess they’ll be nobody to run it. We all know thecollapse of the T is due in part to their corporate structure beinginfiltrated by residents of Quincy, Braintree, Randolph and worst ofall Brockton. So with them out of the equation, PRESTO we will getsome people in there who want to work rather then slack off an ogleattractive cousins all day on Facebook.“But we can’t have tax money pay for any of it!!!!!!!” Look we wastetax money everyday. When the average South Shore resident goes toMarket Basket to stock up this weekend for the Big BBQ. Guess whosefooting the bill? Heres a clue rhymes with US. When we commissionstudies on childhood obesity, saving lazy whales or any other uselesscause who’s forking the bill. We are. So what’s a few less dollars forthe Atlantic Right Whale? Anyone going to loose sleep because we spentit on turning Southie into a giant paving lot?We have an opportunity to be the showcase of the world but, becauseyou plebeians don’t want to be incoveniced in the slightest I need toconstantly hear of all the ills the Olympics will bring. Give it arest.  Maybe just maybe if we all stop focusing on youth hockey andfootball cheating the rest of the world will teach us something
Posted by ChiefBlogRuinner at Tuesday, June 30, 2015