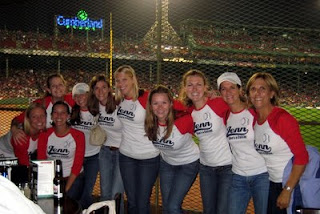 And thus reads the FB page of every female age 16-35.  And so well encapsulates why both the Sox and Bruins organizations are in a tail spin.

Look I'm not a hockey guy. Growing up that was a your parents aren't divorced sport. And goddam if my parents were getting up at 5am

Nor am I baseball guy. Sure I played till high school but generally those who were blind until age 4 have sucky eye hand coordination. So, I grew to hate it.

What I am though is a blogger with a ferocious appetite for truth.  Look I'm not saying there are no true sox and Bruins fans out there. There sure are. The guy still keeping score himself at the sox. A fan. The guy who managed to keep his sanity during 90s bruin hockey. A fan.

But here's my haute take. GENERALLY THE HEALTH OF  A SPORTS ORGINAZATION IS LINKED TO ITS NUMBER OF FEMALE FANS.

Look I'm a modern man. Not a feminist but not mysoginist either. But look the higher number of female fans a team has in Boston the less true fans you'll find.

Notice pre 2004. You went to Fenway was it a complete sausage fest. No but, it still somewhat resembled what other baseball stadiums resemble elsewhere in the country. Then whamo 04 World Series happens. Sox are hot. And like the Swallows of Capistrano the "Pink Hats" flood in. And conversely scumbag Henry and crew are there to take their money. And now Fenway is just a shitty stadium where baseball is a second thought and a bachelorette party destination.

Roughly the same occurred to the Bruins. For years Bruins games where the Mecca for Malden Youth Hockey Coaches with a drinking problem and other unsavory elements. Bruins win the cup and again the Hats come flying and again there's an even scummier ownership group there to poach the shekels of the female element.

In summary the Circus state of each organization can be attributed to this. once the Pink Hats emerge, much like  when a lion sees a deer , the scumbag ownership groups of both organizations can't help themselves  and become less concerned with the quality of the product. Suddenly their #1 concern is gouging the single 27 year old nurse from Braintree and her friends at a game. They're willing to transform a hockey/baseball game into an overpriced circus just to cater to them.

And you can't fault the ownership. There billionaires, they made billions because they love money. So they can't say no when a pack of girls want to hear sweet Caroline as long as they are paying 10 bucks a beer.

The fault lies totally with the bandwagon jumping New England Pink Hat. Your willingness to shell over 10 bucks for beer and worse attend concerts at there shitty venue (Red Sox) has essentially killed not one but 2 sports organizations.

So take note nationals and Orioles fans a little bit of success may be your nail in the coffin too.The minute you see your first bachelorette party at a game it's probably too late.

Posted by ChiefBlogRuinner at Thursday, June 04, 2015

How many days do you plan on blogging in a row? Are you looking to break Cal Ripkens record for most consecutive games played? Do you have any positive thoughts or perhaps they are all fueled from a dark place.
Either way keep on turning out blogs. A voice for the Millennials.

The kid who wrote a blog stating he would bed a post op Caitlyn Jenner operates from a dark place? Sky is blue too bro. But let's not forget you keep reading em