TMX  is back and coming in with a LIVE report of the ADSL season 7 draft!! The draft took place at an undisclosed location in the armpit of the south shore Quincy. First we will go over who had more important things to do than attend the event of the year, Black Mike was not there and not in a dress despite being part of the losing team, Wes Cash refused to show because of the hurtful words hurled his way last draft apologies may be needed for  him to attend another draft poor thing, Mike Foley was too busy to work as Slippery WIzards gm and  Iggles was not in attendance despite many offers theres still belief he latches on to a team before the year is out coming back like Jordan wearing the 45. 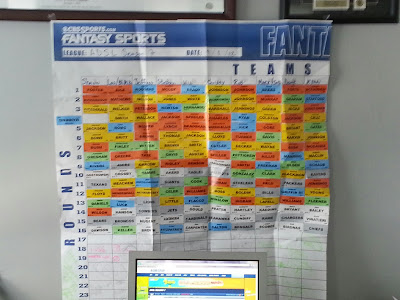 The board guy was in attendance and came in HOT.  There's a reason  he's number one board guy and the man who brought the world the upside down pick this year added to the legend with the unprecedented upside down off the board pick!!! Best board guy in the game PERIOD also had a  helper!! Dan "Double Threat" Madden was in attendance not only helping the board guy but also helped the oh so angry beer bitch. You come in as beer bitch without a box your setting yourself up to fail and Villenz had a rough day all day which culminated with him legit "offering" out a fellow manager to a fist fight. Cooler heads prevailed or actually the group couldnt get the rules for the betting of "if they fought" down; so by the time that took the fighters lost their will to drop the gloves.

Mungo and Los's better half also had impacts on the draft. Los wearing a  her dress  and Mungo helping out any team that needed and even pulling of a great late round Mendenhall pick for the Devils when he stepped in to draft that last few rounds.  The team to beat looks to be Skza's high risk combo of Stafford/Schaub and Dmc and Mjd at running back and rejuvinated Gates at tight end. Per usual Sflabohfrw loaded up on running backs with Cam Newton (oh wait he's a qb?) but he got Shady, Fjax, Marshawn and Ridley. Dtf got his qb-wr combo of Rodgers and Nelson. The tight end run started early with MFN taking his crush Jimmy Graham and Mungo is better than dan taking Gronk and then grabbing Winslow despite Winslow being cut!! Defending Champs, Slippery Wizards reached early for Aaron Hernandez to try and strike it rich again with a Brady to tight end combo. Number one picker Villenz rolled the dice with rooking rb Richardson as well as Peyton Manning. Beach Bums loaded up with two top qbs Vick and Ryan and will once again being in the mix all year and possibly make his yearly trade with DTF. Jerkshots under new improved management got the qb-wr combo of  Brees and Colston and made zero calls to the GM. Looks like a new ownership is blooming.  Few things that came out at the draft - Los  had his dress on at 8am and was not very lady-like with his man parts hanging loose and free; Chrissy has a temper problem and fired a pool chalk at Double Threat Madden which left a mark and warranted an apology; Mungo was caught taping conversation and may or may not have sanctions against  him. At one point he stole info from Slippery Wizards and gave it to Sflabo; Dtf promotes and encourages mother beaters; Devils owners actively root for injuries to top players just as hammy dance inventor Wes Cash does; No one made the shot mistake of drafting a player drafted; A 400 dollar tab seemed a little light for the amount of boozing Tmx witnessed;Quincy Jade is legit drunk chinese food;  The season is here and Tmx is ready and is in negotiations with an outside ghost writer which should be interesting. 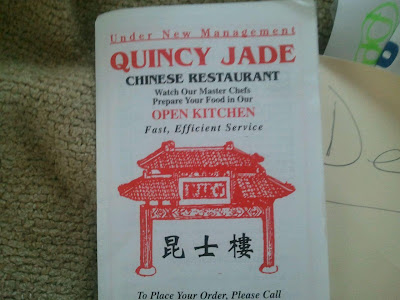