Week 10 is done and this season continues to be one of the craziest.  Wild endings to games and undefeated teams going down at home to backup QBs its a wild wild NFL world! Injuries keep mounting as Ertz, Kupp, Juju, Khali Herbert, Lenny, Jeudy and Everett were among the big names with in game injuries. Cap tip to Doom and Gloom for losing BOTH tight ends in one week! TMX hates reporting injuries but they wont seem to stop!! Lets get to this weeks recap.

First place this week was Slippery Wizards with 174. Led by Mr Fields 47 who has scored 100 pts the past two weeks,  SW had every player except the tight end get in the end zone and this may be the best week they have all year.  Slippery Wizards have moved up a little bit and are trying to make a second half push. 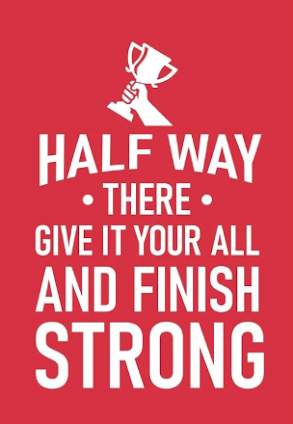 2nd Place this week was Prebathtubwhitney with 136. The bench mob on Prebathtub scored 114 points better than 4 teams started AND they had Pats d on a bye!! Ekler was outscored by the bench rbs and Herbert looks lost with Keenan Allen and Big Mike Will.  They are still in the mix to finish in the money but its gonna take some better managing down the stretch and maybe a benching of Herbert who hasn't gone over 25 since week 4!! Is it Cousins time? #youlike that??? 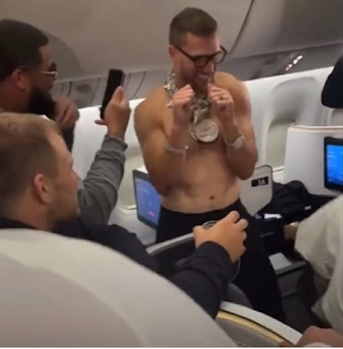 3rd Place this week was Equalizers with 127. Mahomes continues to crush it with three straight weeks over 40 points and his lowest week all season was 19 which is a good week for most! JT is back to RB 1 and the Equalizers with those two rolling and Pittman getting Matty Ice are firmly in the race to finish in the money and to  contend for the top spot! 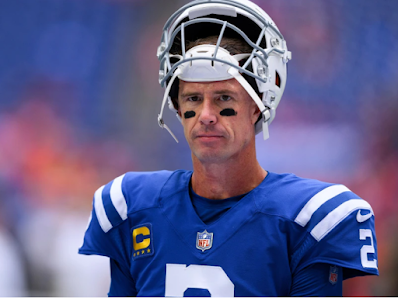 4th place this week was Hong Kong Street Pharmacist with 125. The everything going right for HK continues as they started Rodgers on Jackson bye and he had his best week of the season vs top defense Dallas ( which HK also played and it worked out) Barkley had another great game and James Connor is back as RB1 putting up 22 pts. HK Street Pharm did have Kupp go down but early reports are he dodged a bullet and should be back this season. They are so far ahead it doesn't seem to worry them as reports say they turned down trade offers for Justin Fields among others for Kupp.  Gonna test the depth ( fantasy football term not Crossfit) of HK in the coming weeks. 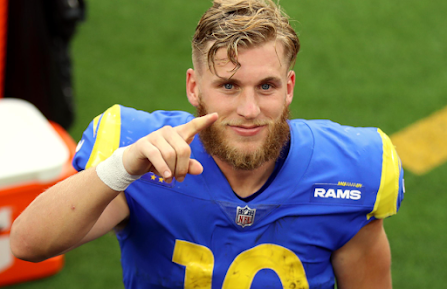 5th Place this with was Gloom and Doom with 119. D&G was led by Hurts and Jefferson who had one of the greatest catches in NFL history on his way to putting up 35pts. Scary Terry balled out on Monday night but the rbs combined for 12pts and the Ertz 1 point (injured) hurt the cause. D&G is currently locked in  the basement but as crazy as this season has been they cant be counted out and we are sure D &G  management will be working the waivers and trade wires. 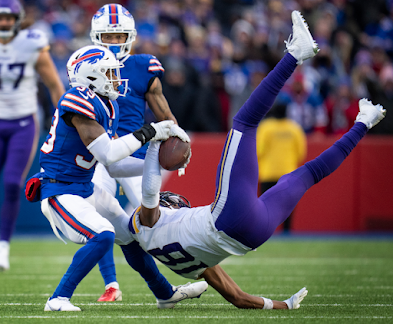 6th place this week was Silly Gooses with 115. Kyler Murray was a late scratch but Gooses had Jimmy G waiting.  Jimmy didn't do too much but Wilson and Aaron Jones came through. Tyreek had an off week despite getting in the end zone and in what TMX can only imagine was a cost saving move the Gooses decided to start Prater who was ruled out earlier in the week? 5 bucks hits hard sometimes but being just out of the money you may wanna pick up a kicker whos playing? TMX here to help.
7th place this week was Burrow my dick in your ass with 109. Burrow was without Burrow and got Danny Dimes to put up 22 and Davante Adams got 28 while his qb was crying in press conferences!! Newly acquired Najee Harris had a good game running nearly getting 100 yards and he may be turning the corner ( still hasn't scored over 12pts) Dj Moore and Olave combining for 9 may wanna make the Burrow management cry a little! Burrow will be back next week and this team is still right in the mix.
8th place this week was Charlies Angels with 101. Tua continues to light it up putting up 29 this week and his third straight week with at least 3 tds. Cook had 27 while ETN and Walker had rare off weeks. Deebo is caught up in the evil mastermind Shanny offense and who knows what's going to happen but its not looking like we can predict whos getting what going forward and AJ Brown was out of the game for a bit but didn't leave with an injury designation, is it Robinson time?? Big decisions this week over at Charlies Angels with Tua on a bye, Deshaun not available and still in a fight to stay out of the beer bitch/basement. Stay by your phones if you got a qb to trade!! 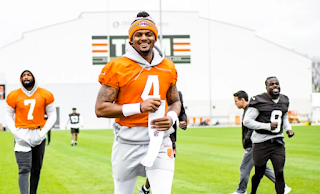 9th place this week was Moco Loco with 95. Josh Allen fought through injury to put up 26 but Cordarelle Patterson ( SIX touches) and Kamara combined for only 8 points. Waddle somehow managed to only put up 8 points with Tua throwing 3 tds? Loco did find waiver magic picking up and starting Schultz who had 14, 2nd leading scorer behind only Josh.  Moco Loco seemed ready to make their move for the top but with back to back weeks under 100 they need to regroup and get this thing back rolling we are sure Chase coming back should help that plan. 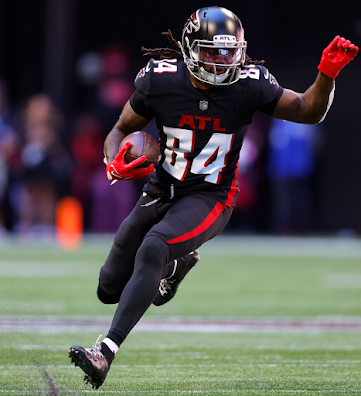 10th place this week was Flyingdingoes with 87. MIxon on a bye and JuJu getting concussed hurt the Dingoes. Brady put up 20 in Germany and J.Williams got his weekly td and waiver find Slayton was second in scoring with 17. King Henry let the team down putting up only 7 his lowest point total of the season and first single digit game since week 2. Flyingdingoes had back to back 150 weeks and now this 87 shows exactly how up and down this season has been for most of the league!! 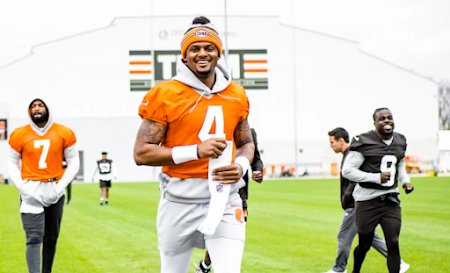 Lets make some calls. First up from Slippery Wizards Justin Fields. Yo Justin whats good it TMX, you ever heard of us? " OH YEAH TMX I know you guys! Great to hear from you. Whats up?" Nothing much here but man oh man are you ballin 53 last week and 47 this week running wild how do you do it? " Oh man just lucky seeing some openings and running" Running FAST you mean you were clocked at 20mph, if TMX ran 20 mph per hour we would be asking everyone we saw , WANNA RACE? Like i kid in grade school. " Ha good one TMX but I'm not trying to win school yard races but trying to win some football games and right now we aint but hopefully get em this week! " Alright but keep balling you are becoming a TMX fav.
Next up lets call old friend and Tom Brady. Hey Tom big win out their in Germany like a Jujisu match huh? " Hey TMX long time no call what going on? Yeah big win team is coming along, played a tough Seattle team and lucky to get up 14-0 and get the win" Yeah up 14-0 then kinda put them in a rear naked choke hold huh? " Uhm yeah I guess?  Tough to see Lenny go down and kinda got sloppy on that INT to me but we held on" Yeah that INT was that a leg sweep? Were you trying for a single leg takedown? " OH SHIT I get it TMX your making JuJitsu jokes cuz Gisele is running around with that JuJitsu trainer after the divorce?? Good one. I cant be mad, always loved TMX but thats cold blooded like you took a page out of Wes Cash's insult books, but I respect it. Well, I gotta run and try and get another win" Ha old Tommy always good to TMX. Take care and good luck with everything. Lets see the standings after 10 weeks of madness. 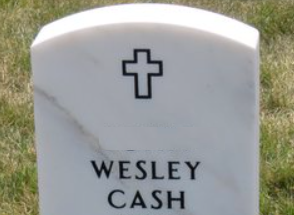 The season is heading to the home stretch and it looks like the window to catch HK Street Pharmacist may have closed. They had their big guns on a bye and lost their number one pick this week but still picked up ground on 2nd and 3rd. The races for the basement and beer bitch are still tight as one big and you can jump the standings. Lets hope everyone is healthy this week and down the stretch! As always folan.com for everything.

Posted by Drunknothings at Tuesday, November 15, 2022