Week 16 is in the books and TMX is here to report about it. 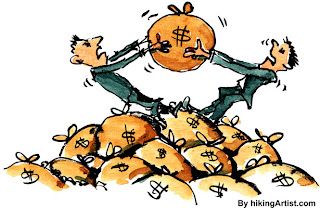 Tmx is a fantasy reporting agent, no longer affiliated with folan.com, which reports up to the minute fantasy football news. Tmx is COMMITTED to 32% TRUTH in all reports. There is one week left in the ADSL fantasy league and we have nothing decided!! The race for the top is going to come down to who plays more Brady or Brees and the race for 3rd place has four teams fighting for the money. Tmfntm is holding off No Legs by 6; SflaboHfrw by 17 and Hoodsie by 45. The beer bitch race has L8nite menu leading his bitter rival Dillonz Villenz by 29!! The races may come down to the last NFL game of the year!! The 8:30 game featuring Tmfntm Holy Romo and Villenz Eli Manning could be what decides both races. Tons of questions as to who's playing who and who has players that need to win. Tmx mailbag was full of questions from Tebowmania asking when is Tmfntm gonna roll out Tim Tebow is this the week? Another popular mailbag topic was the ever popular "hammy dance". 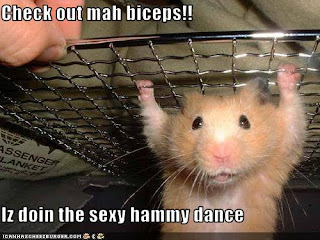 Hammy dance originator Team Jerkshots lost his star rb Adrian Peterson and alot of Tmx watchers wanted his reaction. Tmx made several calls to Jerkshots owners including the Notorious J.E.B and Wes Cash they are continuing their boycott of Tmx and rumors are rampant that they are looking into legal action to get Tmx shutdown. Tmx response to that: Jackie Childs aint walking through that door and if he did well he's just an actor on Seinfeld so it wouldnt matter. Now onto this weeks winner coming on strong Team No Legs with 151.5. No Legs has been in the money or close to it every year so its no suprise. He like everyone else jumped up this week as Tmfntm took a huge hit with a ZERO from Holy Romo. We made numerous attempts to call No Legs but have no active phone for the owner so we sadly we were unable to get his reaction to the big victory!! 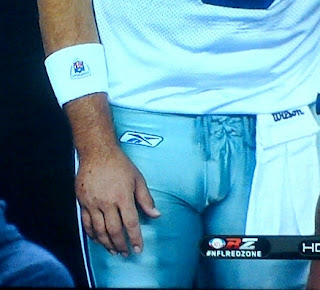 We did however talk to former owner of Team Mung who informed us he has been giving advice left and right and said "Slippery Wizards should have clinched the league by now with all the advice I've given him, told fool not to play Redskins d and go with RAIDERS, I want back in" Duly noted Team Mung Tmx is on your side.

Now onto what Tmx is here for TO HELP!!
This weeks last place team was Dillons Villenz the totals are as follows:
Manning 13
Mathews 7.5
Mccoy 4.5
Gaffney 16
Green 5
Gresham 13.5
Janikowski 10
Giants D 19 for a decent total of 88.5. Look its the last week of fantasy and Tmx has counseled the Villenz several times its basically put up or shut up time. He's got a good group of players who have to win including his Qb and he has a wr going against the pourous Pats d. Mccoy needs to be watched and Mathews as well but Tmx cant put the players in it only tells you to monitor who's against who that being said Villenz has a shot to make his way out of the beer bitch position but it wont be easy Tmx has inside sources that L8nite menu has taken the week off and was up all night screaming at Matty Ice he is fully invested in taking down his arch rival. 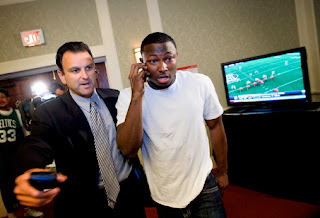 Tmx made a call to Villenz team MVP Lesean Mccoy. Hey buddy its your old friends at Tmx how you feeling? "Tmx whats going down? Man I sprained my ankle I was gonna take out Wilbert Montgomery's rushing record next week now I'm not sure if I'm going to play" Wait are you giving Tmx and exclusive scoop that you are sitting? " haha Tmx you crazy. Andy Reid will decide if I take out the record or not but you know I want to, I thought Randall Cunningham had the record I dont even know this old goat is so if they let me break it I will stay tuned" Well Villenz you heard your Mvp. STAY TUNED. Biggest decision of your season to follow hope you get to the wire and grab some insurance. 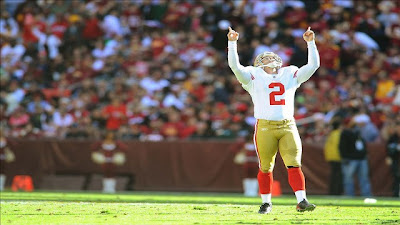 The All Iggles were held to a modest 155 pts this week but L8nite Menu and Villenz put some good numbers up for Iggles. Important week for those two cant afford to have any points left for the Iggles. L8nite refused to give Cook the start despite two good weeks and now has to decide if he Witten is finally going to come through. Tmx is guess he will in the biggest game of his season. Here's hoping next week is the week we keep the Iggles under 120!! The pickup of the weeks saw Gaffney and Orton put up decent numbers but goes this week to Sflabohfrw pickup and start of J. Stewart. Gutsy call for the owner of Cam Newton to get his rb but it came through with a td and double digit fantasy points. Congrat Sflabo and Stewie gonna need some more magic this week. The Tmx player of the week was hotly contested with Brady,Welker, Julio Jones bailing out Tmfntm, the usual Beach Bum duo of Breesy( congrats on the record) and Foster, Hoodsies team Mvp Stafford and suprising pickup Spiller, also Victor Cruz but the Tmx player of the week is Jordy Nelson. The guy keeps making plays. Congrats No Legs on picking him up to replace Amendolia or whoever that guy was only thing he did all season was buy a round of shots at the draft.
Well this is the week we play for sadly the league wont be meeting up as the commish is working but we have plans to meet up during the playoffs. Best of luck to everyone in the most important week of the season also to the teams that havent won a week lets hope this is the week and to everyone who hasnt paid. PAY UP BITCHES. Tmx out.
Posted by d at Tuesday, December 27, 2011