Week 7 is in the books and Tmx is back to report it!!

Tmx is a fantasy reporting media committed to 80% truth with a loose affiliation with Folan.com the number 11th ranked website on the www's! 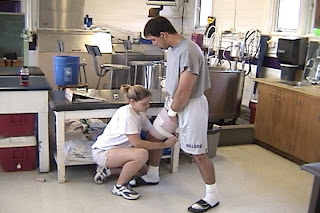 Tmx is a little late with this weeks report due to speading time in trainer rooms across the NFL. The injury bug hit hard this week!! Hightower and Graham are out for the year. Wells, Dmc, Mcgahee, Ingram, Moss, Addai and Lynch among others all suffered various injuries from walking boots, hammies to broken hands. It was the wildest week we've seen yet!! Bye weeks and waiver wire picks ups propelled teams to move up. The Beach Bums rose from 7th to a familiar spot at the top. The injuries dropped L8nite Menu from 3 down to 7. The Devils stormed out of the basement with a huge win marking the 3rd time someone has gone from last one week to first the next!! Tmx isnt in the market for self glorifying but at some point we will have to take credit for the Tmx advice leading to victories!! Facts are facts, Tmx is here to help and it is doing it.
We would be amiss if we didnt mention the newest member of Team Hoodsie, Julian Gerard. You think balancing a team with injuries is tough the Hoodsies now got a new bundle of joy to keep tabs on! Rumors circulating that Beach Bums volunteered to babysit ( the team not the newborn) Good luck Hoodsies! 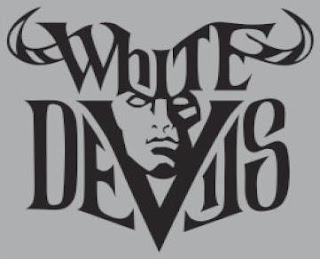 This weeks winner was The Devils with a whopping 154 led by Big Ben and the KC defense! We contacted all the local dojo's and finally came across the GM of the Devils. Hey Devils its Tmx congrats- The usually talkative GM simply said " hey Tmx keep up the good work, thanks for the congratulations but we are just holding this team together by tape and have alot of work ahead of us, hoping to make a trade or two." Well Tmx is sure the rest of the league is waiting for the offers to come!! Now on to what Tmx is here for to help.

This weeks last place finisher was L8nite Menu the totals are as follows:
Ryan 16pt
Graham 1.5pts
Morris 7pts
Fitzy 9 pts
Jennings 20.5 pts
Witten 11.5 pts
Cundiff 1 pt
Ravens D 14 pts
for a total of 88.5 which is the highest low week we've had but last is last!!

First we contacted old friend of Tmx Larry Fitzgerald to ask him whats going on. Hey Fitzy whats good its Tmx how've you been? " Hey Tmx I was sorta hoping it was Kurt Warner,ha, I'm kidding whats up? Why you calling me I've been doing good." Well actually you've gone over 20pts once this year and have only 2tds? Pretty sure L8nite expects more. "wait, pump the brakes Tmx, dude knows I got Kolb as a qb no idea how this is on me when he's playing running back roullette over there, why doesnt he get a legit rb then get back to me" Eeeek. Easy Fitzy Easy. Tmx will pass that along. Well, after doing extensive research and using all our resources it seems that maybe Fitzy is right? I mean Roddy White has only gone over 20pts once as well and has only one more td so if he's able to bring Hoodsie the number one rb maybe Fitzy can get

The waiver wire is your friend but with all the injuries it maybe time to try and work a deal. The 3-7 fall should be a wakeup but if not Tmx is here to show you to the top!! The rb roullette seems to be stalling your push to the top!! Good luck next week L8nite. Tmx has led 3 teams from worst to first so odds are in your favor!!
Now onto the All Iggles Team
QB- TEBOW (Tmfntm) 26pts
RB- MJD (Tmfntm) 15pts
RB- S. GREENE ( Slippery Wizards) 16.5
WR- L.Moore ( Sflabohfrw) 5.5
WR- J. Jones ( Devils) 8
TE- A. Gates (Sflabohfrw) 13
Def- Bears ( Tmfntm) 15

Honorable Mention- QB Palmer (Hoodies) -3 anytime you throw a td and still finish minus? All Iggles!! Trust me Iggles love that type of stuff.

This weeks All Iggles comes in at a season low 99 points!! The bye weeks and lack of wr's hurt the Iggles despite Tmfntm doing all he cant to get the Iggles to the top with 3 players on there! The Wizards had an Iggles member every week this season with only two players on the bench he managed to give one to the Iggles!! Embarrassing or impressive up for your interpretation! Lets try and not give the Iggles any points this week!! Nobody wants to get scored on by the Iggles!!

Now onto our Tmx player of the week!!

We had some huge weeks this week KC def, Big Ben, AP, Jennings, Forte and pickup of the week Demarco Murray were all in considerations but despite not usually picking big name players as players of the week Tmx went with a two big names. Brees and Foster both playing for Beach Bums and combined for 100.5 points!! Two players who outscored 3 total teams!! An amazing feat that's begs the question how didnt Beach Bums win the week!! Either way he made the move up from 7 and is on the rise. Lets hope there are no more injuries and the injured get back soon!! Week 8 is here and take it from Hoodsie you can find waiver wire magic and you can make your team better with the right trade!!