Whiskey in the jar....oops can 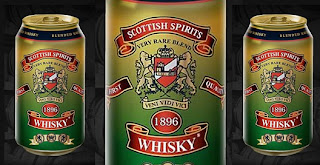 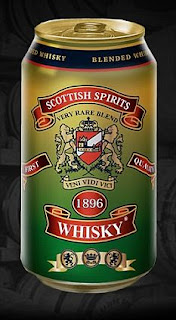 Daily Mail - A Panama-based liquor company is producing whisky in a can. The company, Scottish Spirits, is the first to put straight whisky in a can, and it's being promoted as an option for outdoor venues, as it's light-weight and recyclable. Also because people at outdoor venues want to drink lots of whisky?
Scottish Spirits suggests splitting it between three people, because it's the size of a regular beer can. Seriously: it's twelve ounces, or eight shots worth of whisky. Which is a lot for a container that's not resealable.

Man oh man, I can not wait for this shit to hit the market! Not because I drink whiskey but because college kids were fucking up the Four Lokos. What the hell will the do with 8 shots in a can? This is supposed to be shared between friends? Come on no one is sharing cans. How soon after this shit is released that someone dies from funneling 2 cans at a party or tailgating? There are homeless drunks right now lining up to get this shit.

Labels: whiskey in a can