Alright bitches…it’s about that time again. I’ve gotten older, fatter, balder, and I’m pretty sure I’ve shrunk half an inch so needless to say I’m not in a good mood. So tighten your chin straps it’s gonna be a looooong season. In a little over 2 weeks we’ll be holding our draft. So I figured it was time to dust off the laptop and polish off the writing skills (or lack thereof depending on your point of view). We’re gonna do things a little bit different this year…..the Weekly Review is out and the Weekly Preview is in. If you don’t like it then guess what…..I DON’T REALLY CARE! The Weekly Preview will be posted on Thursday or Friday (probably Thursday) and I’m in negotiations to have a couple of people assist with the update. For you cheap bastards out there that see the word ‘negotiations’ and think I’m paying anybody you are out of your freaking mind….either I get some help or I don’t post anything. PLAIN AND SIMPLE!

So let’s take a look at what the draft order is and maybe a few short lines for each team. 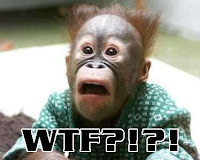 STOP THE FUCKING PRESSES! Los actually paid this year…in advance no less. WTF….that takes away at least half my writing material for the year. Let me make sure I got this right: Bastard doesn’t pay last year, doesn’t show up for the draft 2 years in a row and one of them when he was supposed to wear a dress, and sends out the stupidest trades and he gets rewarded with the #1 pick overall? WTF indeed my friends…WTF!

Pick 2: Franky’s Felons
Where’s my deck biatch! We all know I bought a house last year and this bastard was supposed to come over and build me a nice deck. The kid no calls, no shows and then 2 months later I see this guy at the Commish’s house framing out the entire second floor and re-running the HVAC. Are you serious with this…..you can crank out a deck in like 4 hours (especially if you bring your boyfriend Beachbums with you) and I’ll pay you. But you decide to work on Derek’s house for free….makes no sense. 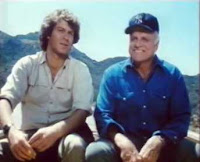 Ladies and Gentleman this is the team to watch this year. Team Smidawgs has brought in a GM to run the Operations side of things. Welchie is on board to clean house and return Team Smidawgs to its glory days. OK….I’ll be honest this is the perfect spot to throw out on Over/Under on when Welchie and Smiddy get into their first fight. But I may post one more time before the draft with a special Fantasy Draft Over/Under Edition so I don’t want to waste any material.

One more thing. Hardcastle and McCormick? Really? Get your popcorn ready this team will be all the entertainment we need this season.

Pick 4: Beachbums
I always have the hardest time writing about Beachbums. They are one of 2 teams that I almost never hear from. Now I did receive a text from this guy last May but I don’t want to get into its contents at the moment….maybe once we get into the season. I wouldn’t want Franky’s Felons to get jealous or anything. So I guess for now I’ll just offer up a congratulations on the win last year and good luck trying to become our first 3 time champ and back to back winner.

Pick 5: Street Pharmacist
And here’s the second team I never hear from. I’m pretty sure the expression ‘dropped off the face of the earth’ was written for Street Pharmacist. I mean this kid shows up to the draft drunk/stoned, falls half-ass backwards into draft picks that work out, and then leaves right after the draft never to be heard from until next year. I know the ‘pharmaceuticals’ business keeps you busy kid but give me a break.

I think the Commish has changed his team name to Madd Fucking Niggerish’s Money Pit….I’m positive I’ve never seen a more appropriate name. Money Pit indeed sir….MONEY PIT! Welcome to the world of homeownership where you are home broke for 3 years and your personal To Do List no longer includes what fun things you want to do, they are now replaced with what projects you HAVE to do.

Pick 7: Slippery Wizards
There were some positives and negatives last year for the Wizards. On the positive side they finally won a week so we are all spared the ‘I’ve Never Won A Week’ speech that we all have to endure at least 3 or 4 times a season. The negative side is that we have to listen to Chrissy take credit for the win for the rest of our lives. At this point I’m not sure which is worse.

Come on Flabo…..I don’t see what the big deal is if I have your cell number. You act like I send out 200 texts a week or something. I just want to be able to call in the event I want to talk about a trade. What’s the harm in that? I mean seriously….we’ve come a long way kid. Remember the days when you were seriously considering putting a hit out on me with your mob friends. It was so bad I had to fly into New Hampshire one year cause I was certain your boys would be waiting for me at Logan. So what do you say….lets let bygones be bygones and give me your cell number. You and Los are the only ones I don’t have….do you really want to be lumped together with that guy?

Pick 9: Team Mung
Well played last year Mung. I’ll be honest….I had very low expectations for you last year but you played it like a champ and finished in the money last year with a 3rd place finish. I only have one request for you this year….would you please fix your team name and change it to Mungo like it should be. Drives me crazy! 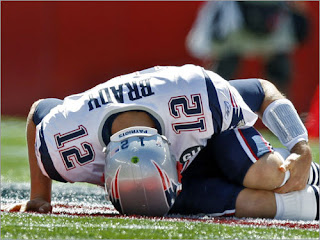 Why is everyone asking me who I’m taking at 10 and 11? I can understand asking the guys in the top 5 but I have absolutely no clue since the first 9 picks can go in a variety of different ways. And from what I’m hearing we may have a few surprises in the top 4 picks that could shake up the draft. But if you held me down and I had to guess at who I’m taking I say there is 65% chance I’m taking Brady/Moss. We all know I like my QB/WR combo and I think that they are the only good combo I’ll have a shot at getting that late in the 1ST round. I’m pretty sure I don’t have to remind Patriot Nation what happens every year to my first round picks.

Good luck this year kids. And if Jewfrey ever gets off his fat ass to build my deck maybe we can have the draft at my place next year.
Posted by Iggles at Wednesday, August 18, 2010