Its 4-20 today so smoke em if you got em.
I survived the yesterdays sports extravaganza.

This is what I learned this weekend:
1. Nicolas Cage named his son Kal-el. That is Supermans real name.
2. Matty Kohansky banged out the Boston Marathon yesterday in 5 1/2 hours.
3. The Pride of Natick, Doug Flutie grew up in Florida and credits that for his athleticism.
4. It's very windy and cold when the sun doesn't shine up in the roof box seats. 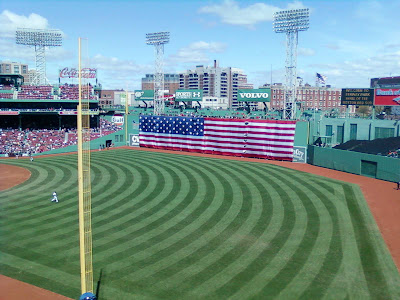 5. Gay encounters are not always uncomfortable for some of my friends.
6. Never make fun of someones mustache. Even if they come from a long line of staches.
7. Grillo still hobnobbing with politicians: 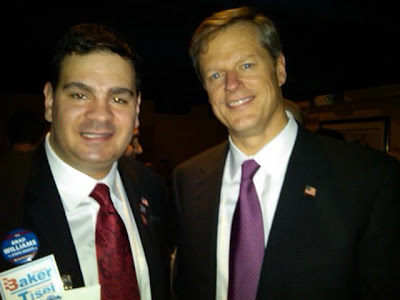 8. Heading down to Foxwoods on a random Sunday night sounded like a good idea...until your broke.
9. Apparently, Popeyes chicken closes on Marathon Monday. Who woulda known?
10. Always bring gloves to the game(beers are cold): 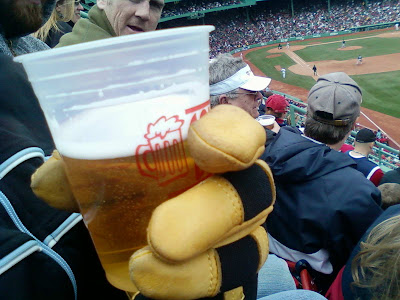 11. Hot Tub Time Machine was not as funny as I thought it would be.
12. Folan thinks the Sox have the hottest female fans of all the 4 major Boston/New England sports teams.
13. Starting your 3rd bucket of beers, between 2 people, in under an hour is a recipe for disaster.
Posted by d at Tuesday, April 20, 2010