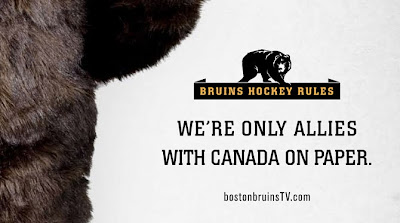 I am pretty sure everyone has seen the cheap hit on Mark Savard by now.

The Bruins have only 18 games left to their season. They have been flopping everywhere from down in 11th place all the way up to 6th. They currently sit in 8th place with 69 points, so every point counts. At this point of the season we can't afford to lose our best player for an extended period of time but that's exactly what just happened. I am more incensed with the lack of fire that the Bruins showed after the hit, than I am with the actual hit itself. I thought hockey teams were like families? If so they treated Marc Savard like a red headed step child.

Current standing for each division: 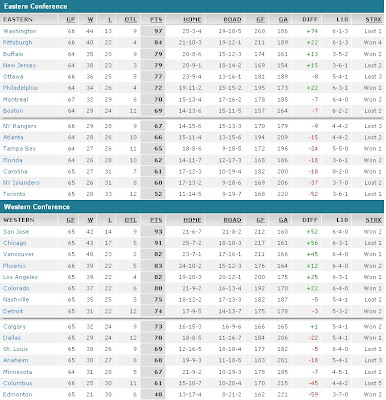 As you can see the B's have a few games in hand against the Canadians. Lets hope we can make it to the playoffs and get to the Stanley cup finals. I mean why did my tickets go up 20% for next year if we ain't making it to the playoffs.


As far as the next season goes here is a list of the top prospects in the NHL draft:
http://sportsillustrated.cnn.com/2009/writers/allan_muir/11/06/2010.draft.preview/index.html

The Bruins own the rights to the Toronto Maple Leafs 1st round pick. Here is where Toronto sits in regards to getting the #1 overall pick: 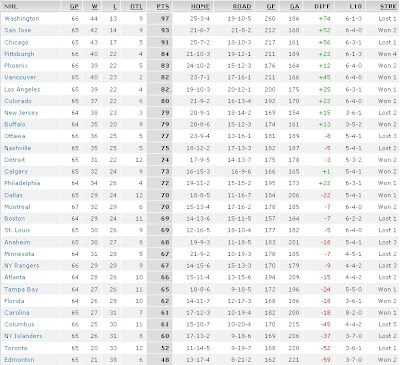 They are 4 points above the Edmonton Oilers for the worst record in the league. Lets all start rooting on the dreadful Oilers as well for their stretch run of the season.

Here is how the NHL lottery works:
http://proicehockey.about.com/cs/prospects/a/nhl_draft_basic.htm
Posted by d at Tuesday, March 09, 2010