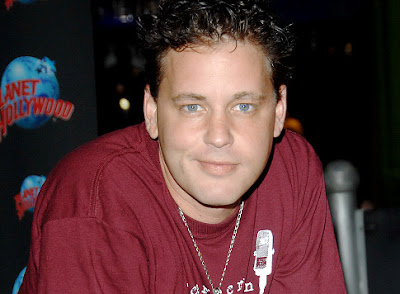 The Canadian-born actor, who starred in "The Lost Boys" but was probably best known for his roles with fellow actor Corey Feldman, was 38.

He was found unresponsive at his Oakwood apartment around 3:30 a.m.,according to KTLA-TV. His mother was at the apartment at the time of his death.

The actor, who has struggled with drug addiction, was pronounced dead at Providence St. Joseph's Medical Center in Burbank.

Police were called to the hospital just before 4 a.m. to investigate his death.

Police sources told CBS Haim's death appeared accidental. Haim has been in and out of rehab and starred in a reality show with Feldman in 2007 called "The Two Coreys."

He talked about his struggle with drugs - specificially prescription drugs.

"I started on the downers which were a hell of a lot better than the uppers because I was a nervous wreck. But one led to two, two led to four, four led to eight, until at the end it was about 85 a day - the doctors could not believe I was taking that much," he told a reporter in 2007.

"And that was just the Valium - I'm not talking about the other pills I went through."