Tmx week 4 review is in!! Tmx is a fantasy reporting news agent committed to truth in all reports and exclusive interviews loosely affiliated with Folan.com the number 6 ranked website on the interwebs.

Week four was high scoring wild week with 6 teams with qbs going for 35pts or over and 3 teams topping the 150pt mark. Is it still an rb league? We also had one of the Tmx volunteers involved in a scary situation. Notoriously anti Tmx owner Wes Cash was tracked down to a secret location using informants so we sent the volunteer out to ask the simple yet obvious question why did Jerkshots start a kicker who wasnt playing? Simple enough. Is Jerkshots sending the kicker a message to embarrass him? Is Jerkshots sending the league a message saying kickers mean nothing? Obvious questions. The volunteer showed up at the location and knocked twice and was greeted  by his account ) by a ninja like person who spit some sort of green mist in my face and stole my Tmx notepad then came back and stole my official Tmx volunteer button. The investigation continues but lets make it clear Tmx will not be deterred by  kabuki ninja mist or anything else! 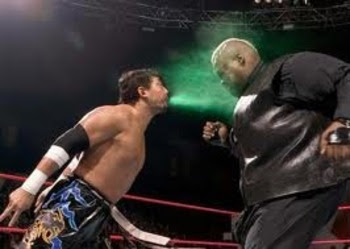 On to the review. Sflabo came in second this week with a very solid 150.5 usually enough to win. Starting Fitzy over Cam seemed risky but worked and this team is stacked at rb with 2 runners going for over 100yds and tds. Julio Jones was a huge disappointment comingin with 3.5 points or the week may  have gone to him. Slippery Wizards wasted monster weeks from Tom Brady and Rowdy Roddy White but finished with 150 and cant be mad to move up the board and near the money. The Jerkshots are riding the Brees to Colston combo who got 70pts for them this week and are proud owners of one of the best wr in the league thus far in AJ Green who topped 30 again this week. DTF finally got Rodgers on the right page as he tossed up a 40 burger  and got a healthy 28.5 from Witten and is looking to make his move. Beachbums had a rare off week in which he sat CJ 21pts and Turner 28.5 in favor of Leshoure 6pts still got over 100pts for the week and is in 2nd overall, who wouldnt take those "off weeks". MFN had a rough week at the rb position. How rough? Well he benched Sjax who had 6.5 which was better than the two guys he started. Injuries continue to hamper MFN's move to the top. Black Dynamite  continues to wait for disappointing rbs Mathews and Rice to perform and have to deal with the ever shakey Romo running the ship.  Nutsaway is in a similiar position waiting for DMC to play the way he's hoping he will. 3.5 from your number one back is not going to cut it and thats what has Nutsaway near the bottom this week. 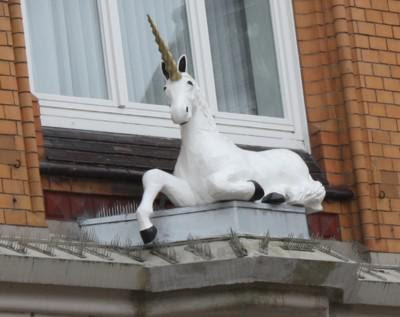 The last place team was White Unicorn. In the history of ADSL never have trades sent a team in such a spiral. Trading for Vick then starting CARSON PALMER?  Guess houshmazoo didnt get open as palmer put up 8pts in a huge qb week. White Unicorn needs to work the wire or make a trade that will get him off the mat. Shady did put up shady numbers but so did Charles? Well we made a call to the owner of White Unicorn to see what his plan was. Hey its Tmx whats going on? "Tmx I'm I know I should be down but its my birthday so I'm going to party like only the White Unicorns can party IN YOUR FACE TMX!" Uhhm ok but you realize you came in last and are now two points out of last place overall ? "Hey Tmx your ruining this party you see Shady putting up numbers I got faith, hey Jerkshots do that dance again this time pick a Villenz player hahahhaha" Wait a minute you guys arent doing hammy dances over there are you? Not you too!!! " Tmx I gotta go see  you at the top of the heap next week!!" WOW a surprising developement there. The aforementioned Villenz were this weeks winner with a balanced attack that had every starter in double digits and they are in possession of two dominant defenses. The bears finished with 29 and their starters the texans 28. This is the second win for the Villenz and they are looking to run away from the pack with 160pt weeks. The bench of the Villenz even put up 100pts so it may be tough to stop this rolling train!! Tmx called the now super confident Villenz owner. Hey its Tmx congrats on the win! " oh did i win didnt check, but not surprised. Do me a favor Tmx clear the line I'm planning the biggest wedding since Princess Di CLICK" Wow. 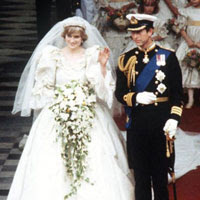 Well good luck Villenz eventhough you dont seem to feel you need it. Tmx then made a call to Tmx regular Peyton Manning. Hey Peyton its Tmx again. "oh golly Tmx how are you, man the team is really starting to gel and with the exception of Mr Villenz having us to wedding stuff I think we got a good shot to win" Huh wedding stuff what? " yeah Mr Villenz got a huge wedding I'm sure you heard its all we do last week had ball room dancing funny seeing Fitzy in a bridesmaid dress, Tmx I'm sorry I gotta run we have to go over serving forks vs eating forks today, talk to you soon" Weird operation over there at Villenz but they are the leaders in the league so you cant question it.


Now onto the All Iggles

Looks like the Iggles had a good week too with 201.5. Villenz found time to help out team Iggles while winning the week, ironically its Iggles that brought Villenz into the league. White Unicorn cant afford to be coming in last and dropping off 41.5 points to the Iggles team!! Lets stay focused and play the right plays this week. Tons of waiver wire action as you'd expect with teams trying to grab the hot rbs and wrs to be ready for byes and the grind of the season. Per usual we have the dreaded Thursday night action this week so have your team ready and hope everyone stays healthy. Tmx out
Posted by d at Wednesday, October 03, 2012