Just when I thought winter was here, mother nature sends us a couple of 75 degree days. I am not complaining just stating how awesome it is.


This is what I learned this weekend:
1. Coops no longer shows the UFC fights; so I no longer have a need to go there.
2. Chrissy voted for Obama last election but is voting for Mitt this time around.
3. I am still amazed at the cost of razor blades. I had to buy 20 blades for $40 at BJs. I miss the days of Mario's hook up.
4. Is there anything more annoying than someone who tries to top each and every story they hear? Yeah well I write for 2 blogs...
5. There is never a wrong time to throw out the MikeG gang sign.
6. Cash is ALWAYS king, baby!
7. It has been a while since I watched an UFC fight and I forgot how much I enjoyed it.
8. TK is trying to get a group together to go to the DUNK and catch a Providence Bruins game and maybe hit up a few strip clubs.
9. Chrissy eats jalapenos like most people snack on carrots.
10. The quad box is legit but the NFL RedZone was crap yesterday for the 4 o'clock games. How much $$$$$$ did you have on the games Hanson? 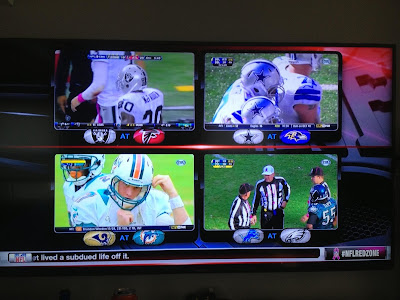 11. I think stuffed peppers are under rated.
12. How am I just finding out about iced caramel machiatos from Starbucks? Those things are LEGIT!
13. The Polynesian sauce from Chick-Fil-A is fucking weirdly gross.
14. When you put all your lawn furniture away your garage fills up really quickly.
15. Apparently, the oil tank removal business is booming. The guy who removed mine said he is doing 15-20 a week.
16. My dog refuses to let his hurt paw heal. Everytime he starts walking without a limp he re-aggravates it by running like a mad man.
17. I realized that I have had my Red Sox hat since 2007 and that could be the reason why it smells like a hobo's ass.
18. I found out that Lauren Brady is still single and ready to mingle AND she was not kid napped. She just doesn't have the same commitment to Words with friends as I do.

That is all for now.

#8 make sure you guys call me if you guys go to the Dunk or the Wickenden.