Live from the SSSC complex its Tmx with the Week 9 review!! 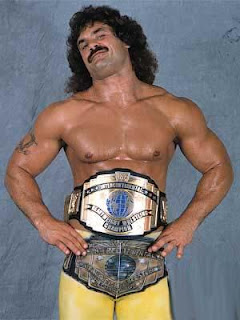 Tmx is a fantasy reporting media outlet COMMITTED to 74% truth in all reports!! This week we had several suprise visits at the SSSC complex. Team owner of No Legs showed up as well as former Team Mungo owner. Awkward moment when Slippery Wizards owner asked team Mungo why he never got back to him on the GM job opportunity. Apparently, he sees the sliding of the Wizards who are the equivelent of wrestling great Ravishing Rick Rude at this moment, walked in first three weeks cut the music and strutted around but now is in a world of hurt and in danger of being caught by several teams. The Villenz are 39pts out of beer bitch and the rest of the league is bunched up making the push toward the top. There are no byes this week and only one more bye week next week and its full tilt!! Another block buster trade was made as L8nite menu finally worked his magic and got a premier rb that he needed who actually led his team in scoring this week. People are still working the waiver wires and trying to make trades to make that final push. We also learned the value of the REFRESH BUTTON at the complex. 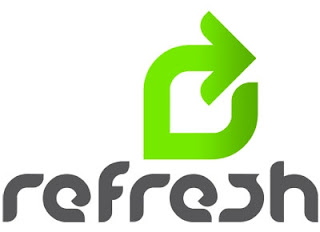 This weeks winner is BeachBums who got a big week from Vincent Jackson and is starting to put it together. The Jerkshots possible too worried rooting for hammmmmys had a chance to win the week but got 0 from a wr while a stud wr was on the bench racking up points for the iggles. Tmx made an attempt to contact BeachBums BUT since being a back to back champion he no longer responds to interviews. It was all so different when he was Nacho Papa but when you're the champ you have that right and Tmx aint mad at cha. Now for what Tmx is here for TO HELP.
This weeks last place team was Dillons Villenz the totals are as follows:
Manning 21pts
Mccoy 19.5pts
Thomas 1pt
A.J Green 11.5pts
Lloyd 10.5pts
Davis 6pts
Suisham 8 pts
Raiders D 2pts for a total of 79.5. 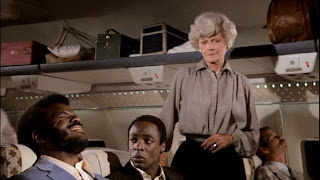 The good news for Villenz is somehow they were able to follow Tmx advice and get some trades and actually win 2 weeks the bad news is this is the FOURTH time they've come in last. Going into last week he had some injury concerns at rb and te but being in last the waiver wire is your best friend apparently Villenz doesnt want any friends. The way out of last after making roster trades is to dominate the waiver wire and Villenz refused such pickups as Tolbert, Cruz, Jacobs and Celek all of whom could have helped your team. Also Tmx has an insider who said you were told to go out and get Reggie Bush after failing to grab any of the above, which you also refused. It seems to Tmx a quote from the movie Airplane applies "chump dont want no help, chump dont get no help." You had the number one spot on the waiver wire and you used it to get a kicker by the name of Shaun Suisham which another Tmx insider said you pick up cuz he has the same first name as you? Tmx can respect that but the best player on your team this year has been Seabass who played and you decide to grab a kicker ? In fairness your kicker did outscore your defense and rb but thats beside the point. 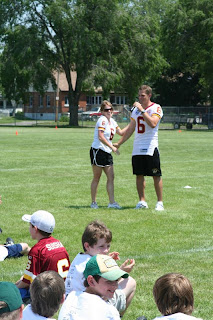 Tmx could preach about the waiver wire and controlling it to get yourself out of the basement but Tmx has done enough. WAIVER WIRE. Its that simple grab the best players there and if you are stacked at that position still grab the best player and swing a deal. Tmx although winded from the waiver wire lecture still made a call to Shaun Suisham. Hey Shaun its Tmx whats up? "Tm who?" Tmx a fantasy reporting media loosely associated with folan.com? Ring a bell? " oh fantasy, wow. I have fantasies all the time about being a real kicker like maybe Sebastian Janinkowski, man he can kick the ball and is a party machine" Uhm Shaun Tmx is calling to ask how you feel about being the first guy taking off the waiver wire this week? "wait what? is this a 34 person league or something? who's this guys other kicker? this is a joke isnt it? Nice try!! Linemen always prank calling me!! I'm out I'm gonna go pretend I'm Seabass on the practice field" CLICK. Well there you have it. Suisham is in disbelief too. Well, VIllenz you've bounced back before lets hope you swing a deal or control the waiver wire this week. Good Luck.
Now onto the ALL IGGLES TEAM:
QB- T. Tebow 32pts ( TMFNTM) 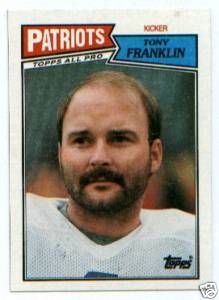 
Big week for the All Iggles this week putting together a total of 172. Tmfntm and Beach Bums big contributors to the Iggles this week! The Iggles did better than Tmx would have thought through the bye weeks but once again we had a team play a zero and donate heavily to the Iggles. Tmx's doesnt have the memory it used to but wasnt the Iggles one of the most hated teams in the history of ADSL yet now people are benching stars to make his team? Just crazy how it works and opens up the discussion for an Iggles return!! Lets see what next week holds with no byes and serveral teams with injuries to work through!! Iggles has yet to be the last place team in any week lets get it together!!


This weeks pick up of the week had many options, L8nite Menu did pick Michael Bush two weeks ago ( raiders on a bye last week) so we counted him in the mix along with Victor Cruz, Brandon Jacobs, Brent Celek but the pick up of the week is none other than HEY HEY HEY its Mike Tobert (sorry Slippery Wizards). Everyone's consensus number one waiver wire pick up came through as expected. Dropping a respectable 21pts from the rb position that alot of players are in need of. Good Job Tmfntm for using the wire. 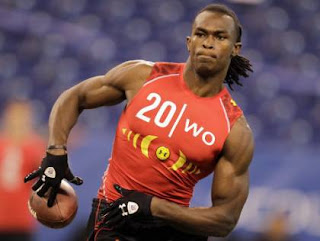 This weeks player of the week honor had plenty of options suprising Carson Palmer, breakout from V-jax, Rivers finally coming through, typical dominance from Rodgers, newly aquired Demarco,but as is usually the case the Tmx player of the week goes to the guy who came out of nowhere and got it done in a big way. Julio Jones come get your award!! The rookie was started and came through with 34.5pts on only 3 catches. Well done Julio. Well we are in the final stretch of the season pass the half way point with only one more bye week. The races are getting tight and the fun is about to begin. The week starts on Thursday so get your lineups set and get your trade offers out and dont forget to hit the REFRESH. Tmx is done til next week good luck and lets hope for no injuries this week.(except Jerkshots and Sflabo who have a fondness for stars getting injured) Good luck to all.
Posted by d at Tuesday, November 08, 2011