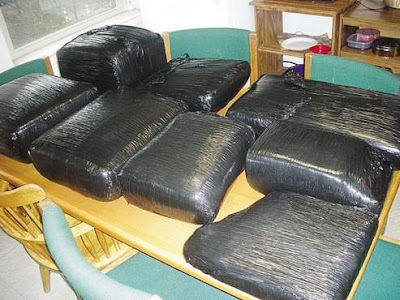 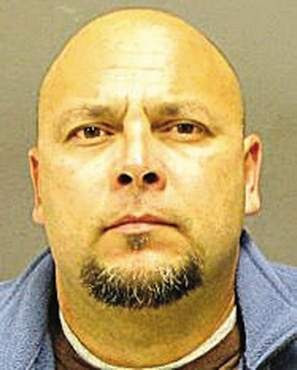 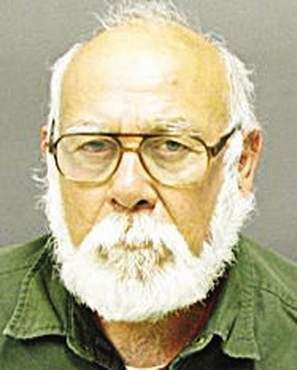 DARTMOUTH — Police seized 200 pounds of marijuana inside a tractor-trailer and arrested two Idaho truck drivers after pulling over their vehicle this week in North Dartmouth.

The arrests came amid a long-term investigation into a suspected marijuana-trafficking operation that reportedly has been using a Fall River hotel parking lot as a drop-off and delivery point, according to documents filed in New Bedford District Court.

Ricardo Zamora, 61, and his son, Joseph Zamora, 42, both of Wilder, Idaho, were held on $50,000 cash bail after being arraigned Wednesday on trafficking and conspiracy charges.

Neither have lengthy criminal records, according to defense lawyer Michelle Rioux, who represented Ricardo Zamora at his arraignment. Rioux said there is a possibility the defendants were set up.

"There is a scam being played on unsuspecting truck drivers," Rioux said.

"They're approached at a truck stop, someone asks them to carry a load with no questions asked. Then when they drop it off, they're promised to get paid. Sometimes, the individuals will call the cops to tip them off about the truck and to throw them off their track. It seems like this could be the case here."

State police troopers and members of the Bristol County Drug Task Force arrested the defendants around 2 p.m. Tuesday after stopping their tractor-trailer on Old Fall River Road in Dartmouth.

Police had been following the defendants since observing them in the parking lot of the Comfort Inn & Suites at 360 Airport Road in Fall River.

Police said their investigation indicated that the Hispanic male operator of the tractor-trailer — identified as Joseph Zamora — had been associated with the marijuana-trafficking organization, court records said.

Undercover agents conducted surveillance at the hotel parking lot and said they saw Ricardo Zamora place two large black duffle bags into the truck. He and his son then entered the vehicle and drove northbound on Route 24, eventually exiting at Route 44 westbound in Raynham, court records said.

In Raynham, police said the truck made abrupt U-turns and stopped for long periods of time while traffic passed. Police said the maneuvers were consistent with familiar counter-surveillance measures.

According to court records, the defendants drove into Dartmouth, and were stopped by a state police trooper who conducted a vehicle inspection. The trooper noticed several black duffle bags in the truck's sleeper portion.

Police said the defendants gave conflicting stories about where they were coming from, where they were going and even on the contents of their cargo. After being granted permission to search the truck, agents discovered bales of marijuana, which had a combined street value of $180,000, inside the duffle bags, court records said.

Officials said the investigation is ongoing.

"This was obviously a major bust," said Gregg Miliote, spokesman for the Bristol County District Attorney.

Rioux said she has questions about how police came to target her client's vehicle.
javascript:void(0)
"There are tons of trucks at that stop. How did they pick this one out?" Rioux said.

She said Ricardo Zamora has been married for 30 years and been driving tractor-trailers for 20 years. He and his son work as a team and travel across the United States and have not been in any prior trouble.

"A lot needs to be done on this case," Rioux said. "This is not an open-and-shut case."

I was wondering what Tommy Chong was up to. Do you think 200 pounds of weed is enough for Mr Chong? Me neither! Didn't he just get out of jail recently? Man this story sounds fishy. WHO DROPPED THE DIME?
Posted by d at Thursday, November 26, 2009