Gonna be real quick with this.

Well done this week kids…we had 8 teams finish above 100 points!! Considering the injury bug has hit so many teams these past 2 weeks, that is an impressive accomplishment. Since the league as a whole did so well we will to keep a positive spin on this weeks review.

THE GOOD
I’m going with a little bit of a surprise pick this week. DAWGS deserves the GOOD of the Week. The kid lost both of his starting RB’s and one of his WR’s to a drug suspension all in a 48 hour time period. Before the week started I really thought it would be a miracle if DAWGS got 70 points. We all have to deal with injuries but what DAWGS dealt with was over the top ridiculous. 108.5 points….well done DAWGS! It’s your highlight of the year so far. 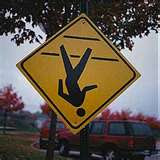 Not sure how we keep a positive spin and still do the Bad of the Week. So I guess I’m not going to mention any names but when your bench scores 103.5 points and the starters only manage 77.5 points it’s not a good thing. I’ll let you guys look it up. I thought this Upside Down Disease was only running through my team…apparently it’s starting to spread around the league.


AND THE UGLY
I violated rule #1 in Fantasy football. If you pick up a guy (Snelling) just to block him from going to another team (DAWGS) then you start him. End of story. So now I’ll continue my streak of sitting a guy one week when he goes off and then starting him the following week when he puts up 3 points. Can’t wait for this Sunday! Just another suggestion…Norwood should be available this week so if anyone needs an RB it would be wise to pick him up. Atlanta plays Tampa so somebody is gonna get the touches for Atlanta and since I’m playing Snelling it most certainly won’t be him.

TEAM ONE-LINERS
Most Interesting Men
Smiddy’s Momma always says if you have nothing nice to say that don’t say anything at all. 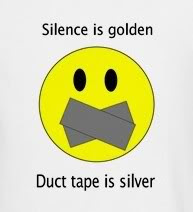 Franklins Felons
Sorry FELONS…You were a contenda’ for the Good of the Week with your second win of the year. But it had to go to DAWGS. But congratulations and try not to spend all that money in one place.

Madd Fucking Niggerish
I’ll give you credit NIGGERISH…I know Beanie has been playing well but he would have been 4th on my depth chart. If we had a Start of the Week segment you would win it hands down. 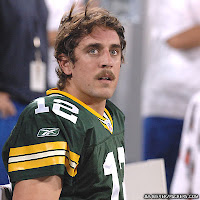 Aaron Rodgers is an absolute stud and he’s carrying you right now DAWGS. It’s your decision but you gotta change your team logo to this picture. Your team MVP sportin’ the stache…this is the face of your franchise kid.

Street Pharmacist
Where have you gone? Haven’t heard from you in weeks. Nice start going with Slaton over Jacobs…I know the Texans named Slaton the starter but with such a short lease I can’t believe you went with him over Jacobs. Nice job PHARMACIST!

Team Mung
Just some helpful advise for you MUNG…Boldin had 19 points 2 weeks ago and 25 points this week. Not sure what Warner’s status is but if he plays then you need to play Boldin. MUST START!

The Slippery Wizards
Look on the bright side…Clark was bound to have a bad week and you survived it. The real question going forward is who ya gonna go with at #2 RB going forward. Mendenhall, Jackson, or McCoy. My vote is McCoy which means you should definently go with Jackson.

Sorry the review is a little late and short this week but some of you know I got some things going on right now. The one thing I realize is that if I try to be nice I really don’t have much to say. Not really sure what that means…and I’m not sure I want to know.
Posted by Iggles at Tuesday, November 24, 2009

all this smiddawgs love is making me sick. you guys sharing a bed in the basement? i liked it better when he was screaming I'M IN LAST YOU HAPPY.