Wild week 2 is in the books!

We had some monster games by some  and some stars that didn't show up and hurt teams. TMX is not here to name names BUT Ekler, Saquon, Chase, Najee, Pitts, Cook, Jefferson, J. Taylor, Davante and Flyingdingoes entire roster we are looking at you!! The trade  market has to heat up these next few weeks as teams need to start making moves. Rumor has it Prebathtubwhitney got a God Sun  tat across the belly (not telling him St Brown's nickname is Sun God ) after his trade and Pepper Brooks @ the Ocho isn't upset with another 40 burger from Mr. Hurts. See people trades work, lazy people don't. Enough with the motivational quotes lets get to the week 2 results. 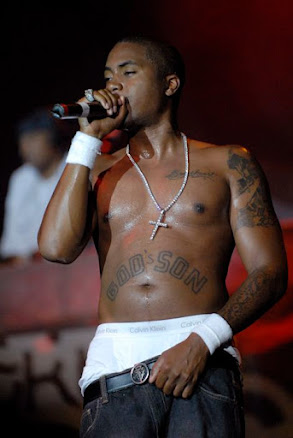 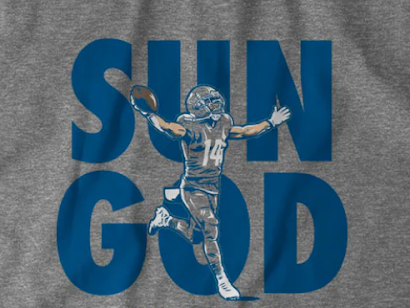 First place this week is God Sun himself Prebathtubwhitney who Monday nighted(patent pending) Hong Kong SP with a huge week scoring 176. Prebathtubwhitney was led by St Brown's 39 and a massive Monday night from Stefon Mar'sean Diggs 43. TMX stat nerds report Diggs now has scored the most wr points in first two weeks in the history of ADSL (71). Healthy Herbie and this crew must have the rest of the league wondering if spite drafting is the way to go next year? Lotta football left but Prebathtubwhitney is looking like a powerhouse. 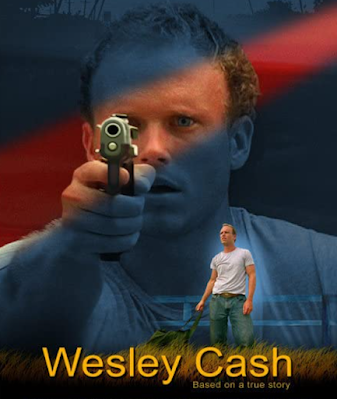 Speaking of powerhouses, Hong Kong Street Pharmacists came in 2nd this week with 173 .  TMX heard investigator Wes Cash is still heavy on the case as to how Skza aka Skeeter, aka Rza, aka Rydog, aka Frank Brown Jr was allowed to come in and draft this wagon of a team while HK was chuckling with the guys at crossfit. That case is still in the works but meanwhile Lamar and Andrews dropped 84 points on fools and 'ol friend Kupp put up 30. Tmx called the man who drafted the team and he said " Legally I cant speak on anything but the team you mentioned is stacked from front to back and cruising like my Cadillac." So there's that!!
Third place this week was Moco Loco with 164. Josh Allen was cruising to a 50 burger when he got pulled late in the 3rd. Sutton and Waddle had strong games and team Moco Loco is tired of beer bitch life and making a push to be a force after two weeks. Kamara gets healthy and this team will be in the mix all year. 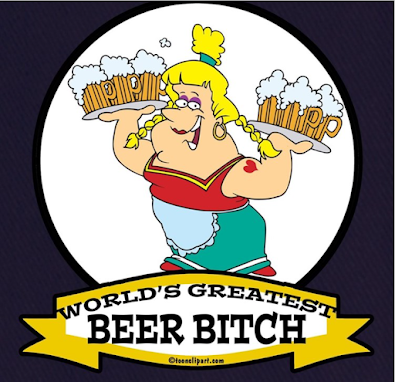 Fourth place this week with 161 was Silly Gooses. The Gooses got a huge game from Tyreeeeek and Aaron Jones was free on Sunday night. Like most in the league they are waiting on an injured player (Kittle) to really see what they can do. Rumor has it management is not happy with Kyler Murray and maybe looking to wheel and deal. Hit them up and see if you can get the TMX discount!! 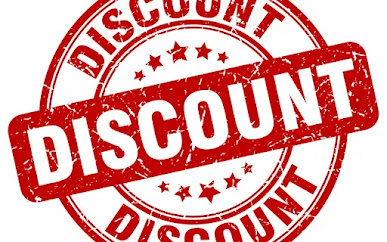 Fifth place this week was Slippery Wizards with 149. SW hit the waiver wire for QB help and pulled out Goff for 4 TDS and Chubb got 3 TDS on 17 carries! Slippery Wizards are out the basement for now but dropping Tua ( 60pts) are the kind of plays that will get them back in there!! 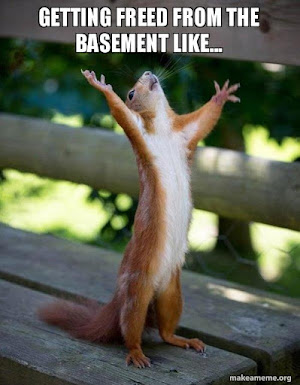 Sixth place this week was Charlies Angels. The Angels came out of the gate hot with 38 from the Tampa D but then couldn't keep it rolling. Good news is they learned from last year with the QB rotation and sat Russy for Stafford which was a great move let see if it keeps up. Tmx ear to the streets rumor team reports they are in the market for RB help. Take that deal people. 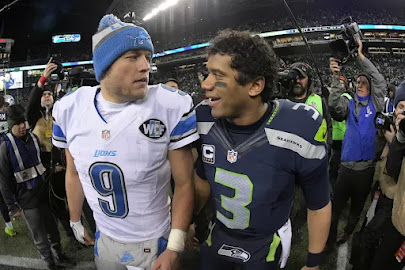 Seventh place this week was Pepper Brooks @the Ocho with 125. Mr Hurts carried the club with a 40 burger and Carlson kicked in 12 points for the known kicker hating Pepper Brooks team. Swift played couple carries but was still third on the team in scoring!! Fun fact Pepper got two IR guys kicking around if anyone is in the market for one. Elijah " dont call me Nora " Mitchell and Brian "who shot ya" Robinson ask for the IR discount and tell em TMX sent ya.

Eighth place this week was Equalizers with 111.  Equalizers had a rare off week from Mahomes and top pick Taylor allowing teams to catch up to him.  Mike Williams showed out and the Bills D is 20 points a week defense that can carry you in off weeks. This team is still loaded and putting up 111 in a bad week is a scary sign. Lotta people in the TMX mailbag asking for updates on the Equalizers manager's exploits . You will have to check with the other TM site, we don't do that here . 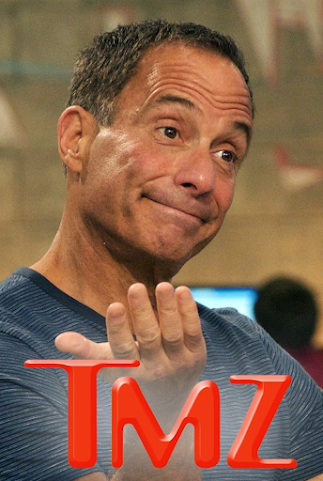 Ninth place this week goes to Burrow my dick in your ass with 87.  Burrow after two weeks has a bad case of QB or not QB. He's sticking with Burrow while Wentz has put up 78 last two weeks. Davante had a rare off week but things are looking up !  Burrow has Peirce taking over in Houston and Bateman has turned into the number 1b guy in Baltimore behind Andrews 1a. TMX ain't here to coach but Adam Theilen needs to be called into the managers office and asked if he's gonna show up this year or nah?

Last place this week was Flyingdingoes with 55.  You put up 55 there's not much good going on. They only had one starting  player in double digits and only two players in double digits on the entire roster. TMX went back as far as the dewey decimal system would take us and found that this has never happened on a roster so loaded with depth. Brighter days are ahead for Dingoes as the Drake looks like the real deal in Atlanta. I'm sure they can revive the team with trades and maybe a dip into the waiver wire waters!! 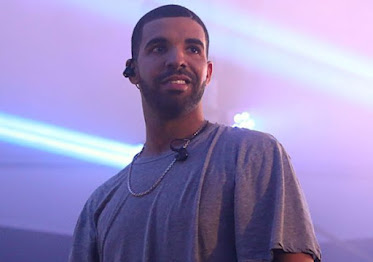 Lets make some calls!! First up off the first place team lets ring up Stef Diggs. Yo Stef  whoa what a start you are off to! " TMX you back? Oh man you back and I'm back. I ain't heard from you since I was playing with that chicken arm dude in Minnie! I got a real QB and I'm showing out!" No doubt Stef no doubt you guys are clicking " CLICKING! You got that right. I said at the beginning of the year I'm best WR in the league and I'm here to prove it. Me and Josh bout to tear this league up" Very impressive start thanks for your time Stefon " Thank you TMX, I know you will be calling me again!! Hahaha its Diggsbitch" Ok Diggsbitch guess we will talk again!! Very confident Stefon Diggs! Cant say we blame him, he looks unstoppable. Next up lets call Tom Brady from the Flyingdingoes. Hey TB12 it is TMX what's goods? " (loud crashing sound) Oh hey TMX you're back? Good to hear what's going on" Uhm nothing what that noise? " Well TMX I smashed another IPAD if you need to know. I'm going through a lot and my team is not helping" Well easy on the IPADS Tommy maybe hits some receivers? " yeah right!! I mean if they weren't all hurt, or getting suspended !! Anyway thanks for calling I'll be better next week or else I'm getting Gronk and Edelman back! "  Sounds good TB I'll let the Dingoes know they have nothing to worry about.  Well that wraps up week 2. There were a lot of injuries to monitor and the waivers will be wild with teams needed to fill holes (football term not cross fit) Season isn't lost after 2 weeks still plenty of time to improve !! 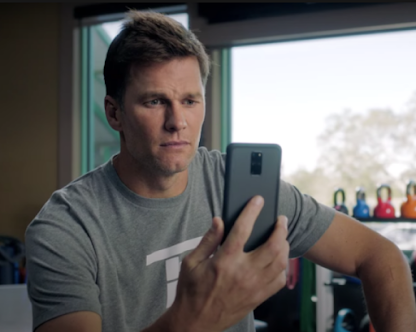 Lets get our first look at the standings for the season!

Those are the standings after two weeks lots of time for teams to make moves. The waiver wire is loaded and now is the time to jump on a trade for a struggling guy you hope will turn it around . Good luck this week and lets hope the injuries slow down! TMX out and as always folan.com for everything.

Posted by Drunknothings at Tuesday, September 20, 2022

BetRivers casino is a bunch to plethora of slots and desk games. Its loyalty program helps the model stand out from the crowd. Modernly designed foyer is a bunch to slots, 퍼스트카지노 tables, jackpots and stay vendor games. The rewarding loyalty program incentives visits to the Ocean properties. Reload bonuses are often smaller than signup bonuses and are not supplied to customers who've already withdrawn their winnings.