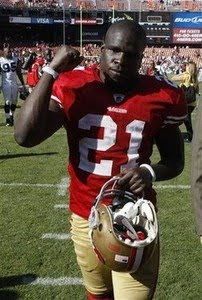 Don’t have too much to say about last week so lets take a look at the topic of the week…..TRADES, or the lack thereof. So lets take a quick look at it and see if we can get to the bottom of this. Since we don’t play our flex player the only real reason to have one is to help facilitate trades. Considering the rosters are locked on how many players we can have at each position the flex player is a necessity to make trades work. So what exactly is the problem people? I can understand you not wanting to trade with me since I’ll write about it for the rest of the year. And to be completely honest I really don’t need your help finishing in 9th place….I’m perfectly capable of doing that by myself. I realize a lot of people are afraid of being on the wrong end of a Gore for Johnson trade but without the risk there is no reward. Besides, if I had it to do all over again I’d do the same trade again.

With that said maybe we can take a look at some rosters and suggest some trades that would be fair for everybody.

UNMARKED BILLS: Needs a back-up QB, a starting Defense, but has good depth at RB and WR
SFLABO: Has good depth at QB and Defense but could use some help at the RB spot.
Easy solution: BILLS can send Favre, Arian Foster, and Colts D to FLABO in exchange for Vick, Felix Jones, and San Fran D. Foster is a huge number to give up but BILLS gets a top 5 Defense, a QB in Vick that may be the free agent pick-up of the year, and Felix Jones who will be the #1 RB in Dallas. Risk vs reward! Give up one stud to get a real starting defense and potentially 2 other starters.

THE SLIPPERY WIZARDS: With the pick-up of Brandon Jackson they have good RB depth but are a little weak on their TE’s.
SKZA’s SOLDIER’Z: Need a back-up RB to prepare for the inevitable Ronnie Brown injury and SKZA is deep at RB.
Easy solution: SKZA sends Gonzalez and Fred Taylor to the Wizards for Brandon Jackson and Winslow.

BOBBY BROWNS OTHER KID: Really strong at WR but could use some help at the RB position.
BEACH BUMS: strong at RB but needs some WR help
Easy solution: There are so many obvious trades here that work for both teams. Jones for Mike Williams, Demaryius Thomas for Beanie Wells, Forte for Wayne? But who knows with these lovebirds. You know those 2 sit in their truck all day trying to figure out how to trade T.O. to Rob for a back up defense or some shit. Giving the league the ability to veto trades was created because of these two. 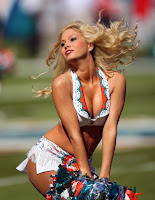 By the way…..all on the freakin’ BENCH


YOU GUYS MAKE THE CALL:
Now listen very carefully SKZA. The Commish chased Sims-Walker all year long last year. You have to break the cycle….sit him this week and start him next week.

All of you laughed at FLABO when he grabbed Vick instead of Brandon Jackson…well who’s laughing now? The question is Flacco is going against Cleveland and Vick against Jacksonville. Who you got FLABO?

That’s 2 weeks in a row DEVILS have had Best on the bench. You’d be in first place if you had played him…..so now it’s week 3. Is the 3rd time the charm?

Wes Welker or Calvin Johnson…..Calvin Johnson or Wes Welker? Whatcha got WIZARDS? I’d say Welker but you are the TEAM TO BEAT so I don’t want to interfere with your potential dynasty.
Posted by Iggles at Thursday, September 23, 2010

skza offered trades after i picked up hernandez! ive been trying to trade for a week! the anti-wizard movement continues.