Gotta apologize to Prez…..I don’t want to post right on top of the darts update but because of the Thursday night game and I wont have time to post tomorrow I had to post this tonight. 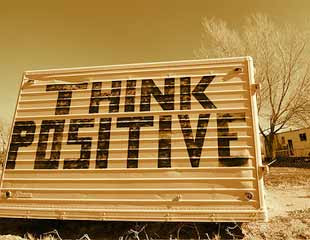 I’m turning over a new leaf this year people. I’m tired of being so negative, it takes a lot of time and energy to rip people apart. So this year we are going to focus on the positive and throw the negativity out the window. I know….I know, what will life be like without picking on Los or making fun of Smiddy. But it’s time to grow up and stop being so mean.

Since the season hasn’t started yet let’s take a quick look at each team and then we’ll take a stab at the final results come seasons end.

Beach Bums:
Under no circumstances should I be commenting about the roster of our only 2 time champ. The results are what they are…..2 TIME WINNER! That being said, BUMS looks weak at RB and extremely thin at WR. Now that I’ve said that everything will break just right for BUMS like it always does. Vincent Jackson will get traded to Minny and become Favre’s favorite WR, Charles will get hurt in week 1 and Thomas Jones will rush for 1500 yards even though he’s like 50 years old. Lets be honest…it’s Beach Bums….things always works out just fine in the end.

I’m calling it right now. This year’s MUST START is Michael Hoomanawanui…don’t make me say it again. I mean look at this guy…..he better be great at football ‘cause it’s clear from this picture it’s either football or jail. Don’t keep him on the bench just to be spiteful…negativity won’t get you anywhere in life. Love this team….great QB, a deep WR corp, and 2 good defenses. The only trouble I see is whether to play Pierre Thomas or McCoy. They are the same guy…but I have complete faith in BOBBY BROWNS game day decision making skills.

Hmmmmm…..got it! Love your kicker, Garrett Hartley should be a stud for Team NUTS.

Iggles:
Do I really have to comment on my own team? Portis killed me several years ago when he got hurt right after I traded away Gore….so that MF’r owes me big time! Forsett will be a complete bust..should’ve picked up Leon Washington as my flex. Fred Taylor was a complete waste of a pick….Belichek is the new Mike Shanahan. I guess the rest of my team is fine as long as Clark’s knee holds up.

Madd Fucking Niggerish’s Money Pit:
What a stable of RB’s NIGGERISH has. Matthews, Rice, and Charles……looks like we have a new RB whore this year. Fitzy is a great pick…talent always wins no matter who is throwing him the ball.

Sflabo:
Love the Felix Jones pick…he’ll replace Greene as one of your starting RB’s by week 3. The starting WR’s look real good but your WR depth could use some help.

Team Mung:
The starters for MUNG may be the most complete group in the league….no superstars but no glaring wholes either. In other words it’s the same old same old for Skza.

The Slippery Wizards:
I only have one comment…..THE WIZARDS ARE THE TEAM TO BEAT! Deep at QB, Deep at RB, and real good depth at WR and TE.

Unmarked Bills:
I look at this team and see untapped potential….if a couple of players break in the right direction for BILLS they may make a run for the money. The starting RB’s should be real good and the WR’s have some points there but BILLS will have to play the match-ups all year.

White Devils:
Love Gates……Chris Johnson is Chris Johnson….after that I’m not so sure. But since I’m being positive at least the DEVILS will be first on the waiver wire for the first part of the season.

May have to re-think this positive thinking crap….took me twice as long to write this. Not sure why but picking on people is much easier than being positive 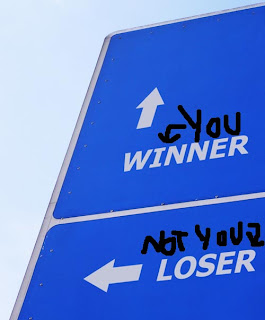 Let’s move on to the projections. But before we do, let’s get a few things squared away. The projections have almost nothing to do with my opinion or the fact I’m picking on someone. Every year I hear the same thing….why are you picking on this person…..why are you taking it easy on that person. These calculations are done by math with very little input from me or anybody else. Take 3 ‘major’ publications end of the year projections and then average them out. Make a couple of tweaks here and there…for example I always knock down Peyton Mannings projections cause he winds up only playing 14 games a year. This year I may increase Flacco’s points per game ‘cause Houshamazoo was aquired after everyone did their yearly projections. Plug the numbers into the current rosters, make a quick adjustment for the bye week and there ya go…..

Oh yeah, one more thing what I wrote above is completely independent of the projections so just because I love The Slippery Wizards team if they come in 9th on the projections than it is what it is.

Good luck this year kids….I’m rooting for everyone to come in a tie for second.
Posted by Iggles at Wednesday, September 08, 2010