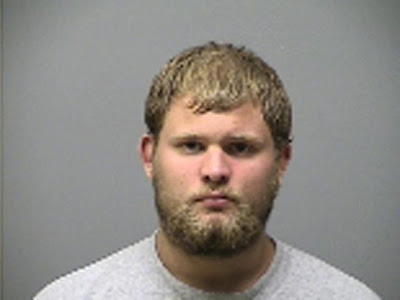 An 18-year-old man who was found in a woman's 7-year-old son's bedroom Wednesday afternoon claimed he was an off-duty New Hampshire state trooper, police said.

Manchester police said the woman found the 18-year-old in her home on Cedar Street at about 1 p.m. When the woman asked Janvrin what he was doing in her house, she said he told her he was an off-duty trooper and he walked her son home from a skate park.

The woman said she told Janvrin she didn't believe him and told him to leave. She said he initially refused to leave and continued speaking to her and her son.

That's when a male roommate came out to talk with Janvrin, police said. Janvrin told the man that he was an off-duty trooper doing undercover work, and he refused to leave, police said.

Police said the roommate approached Janvrin in an attempt to remove him, but Janvrin abruptly turned toward the door and said he was being paged for work, so he left.

Officers immediately canvassed the area and found Janvrin at Hunts Pool, police said. They said Janvrin is homeless and does not have a current address.

Police said the child was not harmed. Janvrin was charged with criminal trespassing and three counts of impersonating a police officer.

The matter still remains under investigation with the Manchester Police Juvenile Unit.