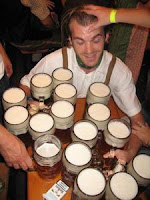 Well…it’s come down to this. We have 2 teams (Street Pharmacist and Iggles) battling for Beer Bitch responsibilities. IGGLES trails PHARMACIST by 42 points which is a fairly decent sized lead. But PHARMACIST is dealing with some injuries as well as the possibility of some of his star players being rested on the last week of the season. LT, Colston, Vincent Jackson may not play or may get pulled early since their teams have nothing to play for. PHARMACIST has some tough roster decisions to make this week. EDGE….PHARMACIST

There is the battle for 3rd place. We have 3 teams (Franklins Felons, Team Mung, and Sflabo) within 9 points of each other and the Slippery Wizards have an outside shot at sneaking up on everyone. Other than Ricky Williams FELONS looks to be healthy, MUNG may have to think about benching Brady, FLABO may lose Rivers and Gates. EDGE…FELONS

We have 2 teams (Smidawgs and Iggles) fighting it out for who wears the dress to next years draft. DAWGS trails IGGLES by 75.5 points going into the last week, it’s a lot of points to make up so DAWGS is going to need everything to break right and hope IGGLES puts up a very low week. EDGE…IGGLES

THE GOOD
Madd Fucking Niggerish has been fightin’ all year trying to stay out of the dreaded 9th or 10th place and with this weeks win NIGGERISH can sit back and relax for Week 17. Since NIGGERISH has nothing to play for is there any chance we can get DeAngelo and Jonathan Stewart starts during the same week. I’ve been waiting all year and this may be your last chance.

This may be the first time all year I’m giving the bad to a player instead of a team. I mean Steven Jackson just took the WIZARDS dreams of finishing in 3rd place overall (as well as a weekly win) and flushed them down the toilet. What a kick in the nuts…WIZARDS finished in 2nd place for the week by 7 points and if Jackson had declared himself out earlier in the day WIZARDS could’ve played Mendenhall and gotten the 8.5 points from him.

AND THE UGLY
PHARMACIST…what in the world is going on? If there was one team I would bet the house on that they don’t finish below 5th place it would be you. You’re sinkin’ faster than the Titanic kid. You posted the 2nd lowest week of the year and are in jeopardy of falling into 9th place. Better work the waiver wire this week.

TEXT OF THE WEEKEND
“should stuck with mccoy or Donald brown smid said gato was there runner” SLIPPERY WIZARDS
Let me make sure this is correct. For advice on who you should use as an emergency replacement for Steven Jackson you decided to speak with the team currently in last place? I think I would’ve asked somebody else….cost you the week.

TEAM ONE-LINERS
Beach Bums
Can somebody please tell me how exactly BUMS wound up with Manning, Wayne, and Peterson all on the same team? I barely remember the draft but we all let Manning and Wayne slip to the 20th and 21st pick? I guess we all deserved what we got for letting that happen.

Franklins Felons
I only have one thing for you this week FELONS. Any TE going against the Philly D is a MUST START!!! I believe that is rule number 5. 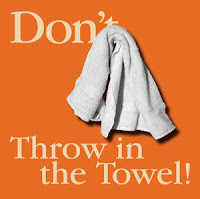 DAWGS…DAWGS…DAWGS…you think you have the comeback of the year in you this Sunday? If you make the right roster moves there is a chance you can make up the points. You’re gonna need to put up 140 points and then hope my team falls flat on their face which has happened a few times this year. So don’t throw in the towel and keep fighting…I’m pretty sure the rest of the league is pulling for you.

Iggles
OK Mr. Forte…you made a complete cluster fuck of my season but all will be forgotten if you can light up the Detroit Lions and pull me out of the Beer Bitch position. Same for you Mr. Jennings…you’ve been a key cog in leading me out of the basement these last 2 weeks so I need one more performance from you.

Madd Fucking Niggerish
I know I’m asking for a lot but on top of playing the Carolina dynamic duo don’t you have the play Chris Chambers this week. It’s the principle of it. 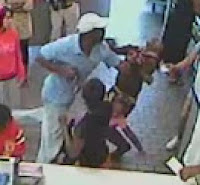 Here is my question for PHARMACIST. If Los does show up this Sunday (which is doubtful) does PHARMACIST punch him in the face over the whole Thomas Jones fiasco? I mean you can’t let somebody get away with a bullshit move like that without there being repercussions! And if Los shows up in a dress like he should does that means PHARMACIST gets arrested for punching a girl? And yes…these are the types of things that keep me up at night thinking about

Sflabo
Where have you been FLABO? No writing…no texting, it’s like you’ve fallen off the face of the earth. I hope you will at least make it this Sunday. Who knows I may start practicing my Beer Bitch responsibilities so I can lay down the ground rules for next years draft. It will be organized and there will be no questions about where all the money disappeared to like last year.

Team Mung
I’m pullin’ for you kid. 3rd place is in your grasp and you’re entire roster has something to play for. First year in the league and you could finish in the money. Very impressive! 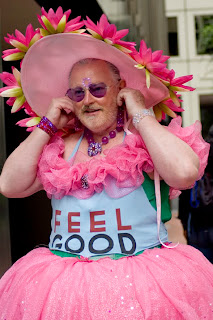 The Slippery Wizards
I’m still waiting for the announcement of an extension for GM Chrissy. I mean if you don’t lock this guy up to a long term deal I’ve heard rumblings that other teams are looking to acquire his services.
Posted by Iggles at Tuesday, December 29, 2009

Chrissy is waiting for a full time job like muschamp in texas.The way smiddy quit from going out sunday i'm guessing he's giving up on fantasy so that may be his team? And in fairness gm didnt know sjax was out and it was a bang bang decision with cbs saying gado was the starter. Still happpy with 2 wins BACK TO BACK

GM of the Slippery Wizards said...

i would like to thank Michael James Tofuri for giving me the opportunity to show off my general football knowledge in this years fantasy league. god knows it was hard to trust another outside source since Honk Kong Dave let him down horribly over the last few seasons! FUCK sam gado! FUCK steven jackson! FUCK cbs! BACK 2 BACK weeks should have been THREE total!!!