So I’m not really sure when the last weekly review was done but I think it’s been 2 or 3 weeks. Let me tell you that I paid very little attention while I was on exodus. So before we get into the review I’m going to steal a bit from Mr. Booze and go over the things I’ve learned the last few weeks. 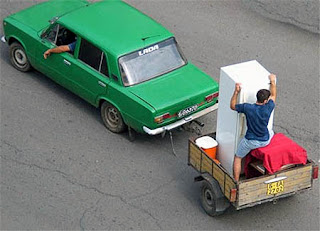 1. Painting one or two rooms is no big deal, maybe even three. But painting the entire house is a decision I now regret. I will never look at a paint brush the same way again.
1a. Primer is over-rated!
2. Too bad I don’t celebrate Christmas….It would be great if Santa could get me a snow blower.
3. Who said you can’t fold a king size mattress in half to get it up the stairs?
4. Unfortunately the head board cannot be bent in half so it’s still sitting in the dinning room.
5. Moving furniture with just me and Mrs. Iggles was NOT a bonding experience….I don’t care what she says.
6. Home Depot is my home away from home.
7. It took me exactly 2 days to find 0.99 cent Sunday pizzas in Bridgewater!
8. When it comes to shoveling what exactly are my responsibilities to my 90 year old neighbors? Am I supposed to help them shovel? Is it wrong I just looked the other way and pretended I never noticed them?
9. NFL Red Zone I think I love you!!!!!
10. The dog is still confused how her furniture wound up in a new place.

So let’s get on with the review before Chrissy sends the National Guard after me.

THE GOOD
Conventional wisdom says that Beach Bums should get this weeks Good but I’m going in a different direction. With 3 weeks left Madd Fucking Niggerish was within 100 points of wearing a dress. Now 100 points is a lot with only 3 weeks to go but I wouldn’t take any chances if it were me. But NIGGERISH rolled the dice and sat DeAngelo Williams and played Wells in his place. I don’t care if DeAngelo was going up against Minny’s D…there is no way I sit him. After getting hurt DeAngelo only managed 1.5 points and Wells posted a 23.5 spot. Well done Niggerish!

THE BAD
Most Interesting Men does this a couple of times a year…and for the life of me I cannot figure it out. Shockey was listed out for Saturday nights game at least 3 hours prior to the game…and he had been hurt going in so it really wasn’t a complete shock.

AND THE UGLY
You all know who the Ugly goes to this week. I can’t even decide if we should talk about the 165 points the bench put up or focus on the 53 points Jerome Harrison posted for the WIZARDS bench. I know most want to talk about Harrison but to defend the WIZARDS a little bit here there really is no way you could start Harrison this week. With all the Cribbs running the wildcat talk there is just no way you could start Harrison. But 165.5 points is a huge number to have sitting on the pine collecting dust. Those 55 points could have put you right in contention for a 2nd or 3rd place finish kid…good luck picking your running backs next weekend kid!

Now this text is obviously a result of the weekend Harrison had for the Wizards bench. But it got me to thinking who exactly is on this list? And we all sort of have a list like this, although mine has a slightly different spin to it. I keep 3 lists for the day I finally lose it and go postal: the people I like that don’t get hurt (very very short list), the people that get blown away, then there is the maim and torture list (extremely long list).

TEAM ONE-LINERS
Beach Bums
I’ve been saying it since week 8…congratulations on becoming our first 2 time season winner. Now if only we heard from you during the season it would be more enjoyable for all of us. 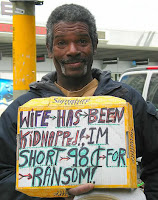 Has anyone received a ransom note from the people that kidnapped PHARMACIST? That has got to be the explanation for their free-fall in the standings. The last time I wrote weren’t they in 5th place or something? Now they are only a little over 100 points from last place. Either that Thomas Jones trade fucked PHARMACIST all up or they were kidnapped.

Iggles
Fucking Aaron Rodgers….48 freakin’ points? Are you kidding me. I finally break the 100 point barrier only to have it thrown out the window by Rodgers. I tell you what DAWGS…for your beer bitch responsibilities next year you better buy Rodgers a few rounds. 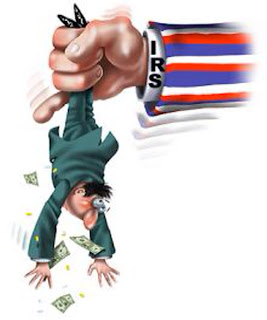 Madd Fucking Niggerish
Your WR’s are just killin’ ya kid. I have some really bad, inconsistent WR’s but I don’t think I’d trade my group for your group. Sims-Walker goes up and down, Calvin Johnson…is he hurt or not, Sidney Rice…world beater one week to a 4th option the next week, Roy E. Williams…well he’s just Roy E. Williams. With DeAngelo hurt does that mean my chances of seeing him and Stewart played on the same week are dashed? I hope not I was looking forward to writing about it.

Sflabo
Now we’re talkin’ FLABO. Don’t give up that 3rd place spot without a fight. I wasn’t sure I really understood the choice of the Saints D over the Pats D. I understand the Pats D hasn’t been anything to write home about this year but you had to figure going into the Saints/Cowboys game was going to be a shootout. 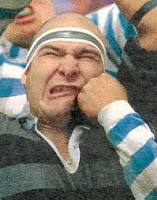 Team Mung is by far my favorite team/owner to follow. There are times I question whether MUNG is even paying attention and then they come out of nowhere and BAM!!! For example, during that disaster of a week DAWGS had a few weeks back MUNG posts a message on the league board busting DAWGS balls. Just classic…the kid is MIA for weeks and then BAM…a left hook right to the jaw. Awesome!

Smidawgs
How you feelin’ kid? 2 weeks to go and you trail by 39 points. Looks like all of your players are on teams playing for something so you won’t have to worry about you’re guys getting benched to rest. On a scale of 1 to 10 (1 being no chance) how good do you feel about making up the ground in 2 weeks?

The Slippery Wizards
286 freaking yards…what a kick in the nuts. And from a guy that is 4th on your RB depth chart…Incredible! Look on the bright side, you still have your week win and no RB scoring 3 TD’s can take that away from you.
Posted by Iggles at Tuesday, December 22, 2009

deegan:
1. i wouldnt have helped you paint but i would have given you a hand moving in. all you had to do was ask. i live in the next town over.
2. Emma's is a great little restaurant. huge portions, cheap prices. thats why its always packed!
3.the list you inquire about is well known celebritys or athletes that are morons and deserve a punch!
4. we won TWO weeks, not one
5. GO FUCK YOURSELF
6. FESTIVUS FOR THE REST OF US!!