Is it June yet?

Good old Tom Kelly made his way back to the Raynham race track this weekend. It took him a while but the kid was betting Trifectas and Superfectas like it was 1987 all over again.

This is what I learned this weekend:
1. Stuffed peppers are under rated as a meal.
2.What? No that's not a time machine that's TK's house phone: 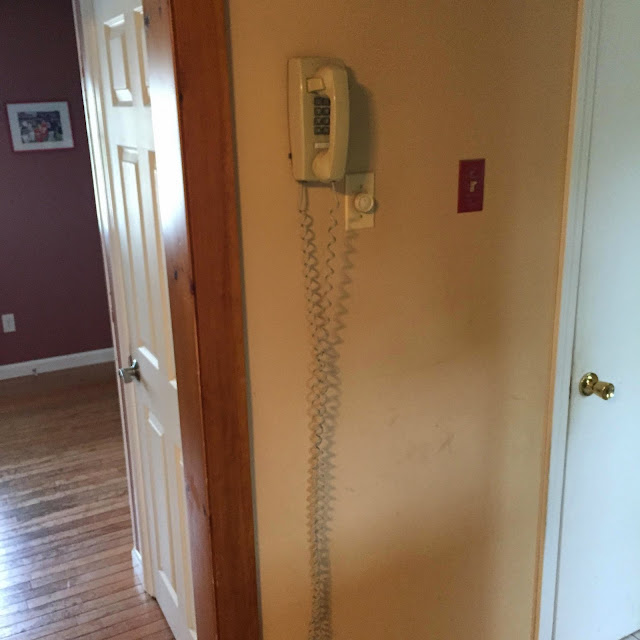 3. My second go round with sausage making went 100% better than my 1st.
4. Congrats to Lauren Brady on the 39 mile breast cancer walk. Gotta save the boobies.
5. The MPC shirts will be in next week if anyone wants to buy theirs early.
6. Chris Leaden is pretty good with the trivia.
7. Chrissy may be planning a trip to the Belmont stakes to witness greatness and a triple crown winner.
8. Rumor, and that is all it is at this time a rumor, has it Jeffrey may be making a rare Thursday night drinking appearance this week.
9. Speaking of trivia, team Whiskey Dick, came in 4th out of 24 teams. We celebrated with shots!
10. It's always a good time when Mike Foley squeezes you in for a few beers. I do not know how the economy of North Carolina survived with him up here for a weekend though.
11. Home Depot is increasingly becoming the same as BJ's. Every time you go in there you are dropping at least $150.
12. Jason "Big Show" Foley is selling his 2 family house in Quincy for $550,000 is you know anyone looking for that type of investment.
13. Guess who is going to Dot day? Thomas Gerard Kelly!!
14. The ticks are out in full force people. Check ya pets.
15. I think I may be cancelling the WWE network. Not really feeling it.
16. The new $30 tickets do not seem to be paying that well, or at least I am not hitting.