TMX week 1 in the book review

TMX is back with the weekly review!!

Due to major construction at Drunknothings (look for hats and t shirts coming soon), TMX's reviews have been told to be short and sweet.


First a quick shout out to @jimmykempski a must follow if you want to keep up on all your Iggles info.

Now onto the week 1 recap. This weeks winner was last years dress wearer The Jaybirds who put up 160! The term wagon is well know around ADSL so its no surprise that that's the label Jaybirds is getting! Led by Muddy Rivers and star wr's Julio and Brown the Jaybirds are primed for an end to end run. Especially when you realize he left 36 points on the bench with Carlos Hyde. Jaybirds putting the league on notice. 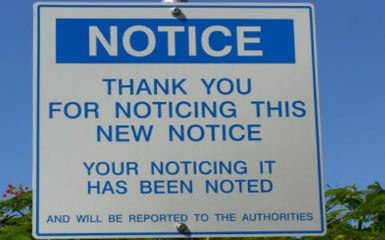 2nd this week was Black Dynamite. Looks like bringing Black Mike and the crew to the draft has got the boys at Black Dynamite ready to push for the top. Rodgers, Hopkins, Oldman Witten and the Panthers d helped BD put up 154! Considering Bell isn't even back yet and Sproles and Harvin are fighting to get in the lineup its may be another long year for the BD haters; which TMX found out there are many!!

3rd place this week was Charlie's Angels with 121. Brady led the Angels with Ingram helping out. Charlie's Angels was the talk of the draft going all in on the Bronco's offense with CJ, Sanders and D. Thomas. TMX had a rare one on one interview owners of Charlies and there is legitimate concern when the talk turned to "noodle arm" Manning. Getting 19 points out of those two wide receivers is something to worry about, as is picking up Mcmanus and his 15 points and letting them rot on the bench!! Fantasy rule number 1 you pick up a player during the week you start him - PERIOD. 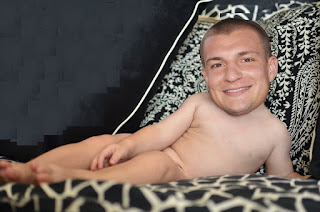 4th place this week was Skza Squad with 114. Skza got a great week from Mr. Everything Forte and Jets D but Manning put up 4 points and Bush put up a goose egg!! Skza's left baby Gronk Kelce's and his 30pts on the bench - that needs to change ASAP!!


5th place this week was Creepshots with 114.  Creepshots were led by Target Monster Keenan Allen and of course Gronk. The Stafford/Mega combo was a week one let down with only 21 and  Sefarian-Jenkins is pushing for the double tight end set putting up 30 on the bench!!


6th place with 109 this week was Equalizers. Led by Sankey ( you read that right) Luck, and the Broncos D. There may be a qb battle over there at Equalizers as Palmer was putting up 36 on the bench!! Equalizers made a name for themselves this week with trying to trade Dez Bryants injured ass for everyone's top picks!!

7th place this week was Beach Bums owners or preseason MVP Doug Martin. Beach Bums put up 109 with Brees, Hill and Charles having decent but not star weeks. Owen Daniels giving the team 1 point at tight end hurt the cause but Beach Bums ain't called Beach Weasles for nothing, they will figure it out and makes some TRAIDS that will get them back to the top. 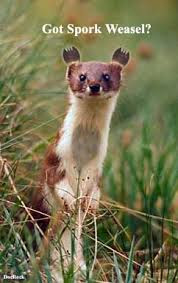 8th place this week was last years winner Slippery Wizards with 102. Ryan and Mathews put up decent numbers but when a def, tight end and flex player COMBINED get the same as your kicker, changes need to be made.

9th place this week with 102 was Supah P's. Wilson, Lacy and Seahawks D carried the team that started Evans who was out injured and left Eifert and Wright and their 50 plus points on the bench. Bench Mob indeed.

Last place in week one went to the TMX favorite to win it all DMC with 75pts. Big Ben (upside down pick) led the team but number one pick AP putting up 6 and Vinitieri getting NEGATIVE 1 left DMC in big time trouble. Tevin (Campbell) Coleman - AKA Mr Round and Round on the streets - did an ok job getting 80yds but DMC is gonna have to maybe get Romo or Jones in that lineup to get out of the cellar.

Lets make some quick calls and get out of here, first up Carlos Hyde of the Jaybirds. 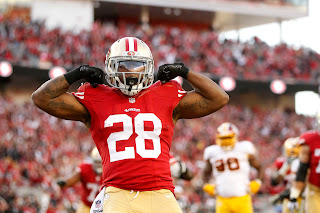 Hey Mr. Hyde its TMX calling to talk about your week putting up 36 point for the Jaybirds bench. " TMX? who you fools?? You looking for some sort of donation?" Whoa whoa TMX needs no donations we have enough Folan dollars to go from here to San Fran and back 7 times, we just called to ask you how it feels to be on Jaybirds team and him benching you week one? " listen TMX you seen my quotes? I plays for my family, teammates and the name on my back! you got me? This interview is going all wrong Mr. Hyde. I just wanted to know how you like the league and your team?  " listen my man I aint into fantasy I'm into real life, how'd you even get my number?" We are TMX we have all the numbers and you know what don't bother changing yours cuz good chance we don't call it again. TMX doesn't deal with these attitudes. CLICK. Well that was something, first time in TMX history that we had to hang up on someone. Week one off to a blazing start. That was a first and now another first. TMX next call was to none other than Adrian Peterson. Hey AP its old friend TMX whats going on? " oh man TMX I know what this is about, I had a terrible week and let my team down wont happen again" Well you put up 6 points I guess the obvious question is you think DMC is gonna give you a whooping for that. " Come on TMX TOO SOON TOO DAMN SOON, SON. Look I wait for you to call me next week but I'm out this week before you get worse with your jokes. Later. Well that's more like it no hangups.


Week 2 starts Thursday and the waiver wire should  be on fire with tons of injuries to big name players biggest being Dez. Lets hope stars play like stars this week and nobody gets hurt. TMX out.
Posted by d at Wednesday, September 16, 2015